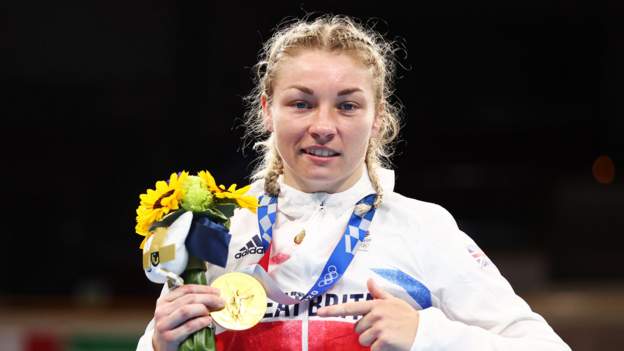 Price, who has been awarded an MBE in the Queen’s New Year Honours list, says she will announce who she has signed with in the next few weeks.

“I’ve achieved all I can as an amateur, I’ve won gold at every single major tournament,” Price said. “Winning Olympic gold changed my life.”

She is a former kickboxing world champion and played international football for Wales.

Price now wants to follow in the footsteps of London 2012 gold medal winner Katie Taylor, the Irish boxer who has become an undisputed world champion.

“I’m definitely going to go professional, it should come out in the next few weeks who I intend to sign with,” she told BBC Sport Wales.

“Now I want to go on the next journey and that is following in the footsteps of one of the greatest in Katie Taylor.

“She’s undisputed and I want to do what she has done.

“I was the first Welsh person to win Olympic boxing gold and maybe I can be the first [Welsh] female to become a world champion as well.”

‘An exciting time for women’s boxing’

Price, who is from Ystrad Mynach and still intends to train with Team GB boxing coach Rob McCracken and base herself in Sheffield, says the challenge of turning professional is one that excites her.

“Winning Olympic gold changed my life. The money is there now for women’s boxing,” she said.

“It’s an exciting time in general for women’s boxing and a lot of people are saying to me we’ve got it good, the money is there for the women that has never been there before.

“I won the Olympics and thought ‘what do I do now?’. But the professional challenge, it excites me, I am really looking forward to it.”

Price says the surprise of being awarded an MBE caps off her greatest year.

“Winning Welsh Sports Personality of the Year and then having this to top the year off, it has been a year I will never forget with winning gold as well, it’s been the best year of my career,” she added.

“Winning Olympic gold will top everything, no matter what I go on to achieve.

“Being an Olympic champion has been a dream of mine since childhood, sitting in my living room with my nan and grandad at eight years of age and seeing Kelly Holmes win gold. I was stunned as a child, every night of the week I’d be out training doing kickboxing or football training or the gym.

“All that work at that level is what has got me to where I am today, that and the support of my nan and grandad.

“I am getting the rewards now, getting an MBE from the Queen is special, sometimes I need to pinch myself.” 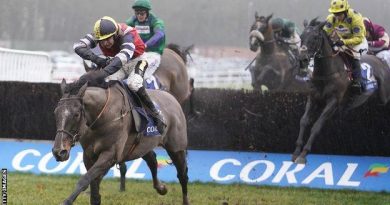 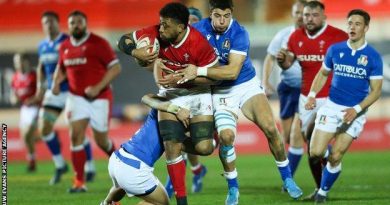 Taulupe Faletau: Wales number eight nearly ‘back to his best’