A new study, led by researchers at LSU and University of Wisconsin-River Falls, shows most Americans routinely take precautions against COVID-19 infection—except where most needed: at home. While most people are familiar with expert advice on how COVID-19 is transmitted, know how to stay safe and generally comply with precautionary recommendations, about one-quarter report having had COVID-19. Among them, most were infected by someone they lived with, the largest source of infection by far.

The preliminary study results further underscore the importance of vaccinations, according to LSU Professor of Sociology and co-director of the study Wesley Shrum.

“Stopping the spread of COVID-19 would require people to change private household behaviors in ways they believe are both difficult and unnecessary, and they aren’t going to do that,” Shrum said.

Overall, Americans exhibit “a stunning level” of compliance with precautionary measures, Shrum argues. Not only do people have an excellent understanding of how coronavirus is transmitted, they’re also careful in following public recommendations. Among the 32 specific precautions included in the study, most were known and followed by a majority of respondents. Even when people felt prevention measures were unnecessary, they followed them to make others feel safe.

The recommendation to avoid close contact with housemates was generally considered to be the most difficult, as well as the least necessary, by a large margin. This stands in sharp contrast with the finding that most people were infected by someone they lived with.

“Simply put, Americans do not realize the danger of close interactions with housemates,” Shrum said. “They’re not aware of the risk of infection that comes with sustained contact with people in their closest network.”

And yet, the study shows most Americans comply with precautionary measures even when they think they’re unnecessary or wrong. While facemasks are polarizing—fewer than half thought facemasks significantly limit the spread of the virus—fewer than 1 in 20 said they never wear facemasks in a store or near another person. Some reported wearing facemasks in their own home or car most or all of the time, including when alone. Half reported wearing facemasks outside even with no other people nearby.

To get information about COVID-19, Americans rely on national health experts, such as the Centers for Disease Control & Prevention, as well as local health experts and family members. The researchers found no evidence that disinformation on social media has been a major issue: it is the least popular source of information and generally considered the least reliable.

Many Americans, however, have difficulty believing the information they get from authorities, feel experts don’t communicate clearly and purposefully try not to take in too much pandemic news. Their greatest concern is with false or inaccurate information and the lack of agreement among experts. National experts are viewed as “rarely or never” reliable by more than one-quarter of Americans. Journalists, social media and national experts are also generally seen as having over-reacted to the pandemic.

Among study respondents, most had already been vaccinated while others said they were likely to get vaccinated—most agree vaccines are the main solution to the pandemic. And yet, a majority also worries vaccines may be harmful in some way.

“Interestingly, despite waning trust in media, government and expert sources, many Americans are actually willing to follow expert advice related to vaccinations,” said Paige Miller, professor of sociology, criminology and anthropology and co-director of the study at University of Wisconsin-River Falls. “I think these findings really emphasize the importance of consistent and measured messaging from officials. They need to address people’s concerns in a manner that is both clear, empathetic and avoids demonizing or further polarization, particularly if we want to increase compliance during this pandemic or others in the future.”

Most Americans agree there have been positive aspects of the pandemic as well. About 90 percent mentioned working from home, and over 80 percent listed creative and recreational activities as well as prayer and meditation. Many also see a cleaner environment as a positive outcome of the pandemic, as well as spending time with family and friends.

The researchers found little evidence of decreased socializing during the pandemic. Between online and in-person gatherings, most people experienced no change in the amount of time they spend with friends, family, workmates and neighbors. A majority said social relationships changed for the better. Only a few reported having experienced conflicts with other people over behavior, such as wearing facemasks.

Funding for the study came from the Tommy G. Thompson Center on Public Leadership at University of Wisconsin-Madison in an effort to better prepare for future public emergencies.

Shrum has already been funded twice by the National Science Foundation for studies related to COVID-19. One study measured impacts of the pandemic on research and international collaboration, while the other looked at how people’s perceptions and fears of the coronavirus changed their day-to-day behaviorson every inhabited continent in the world, except for Australia.

“Most people are getting vaccinated, wearing masks, socially distancing and following public health recommendations,” Shrum said. “In my opinion, Americans have done a great job on both sides of the political spectrum in knowing what to do and doing it. Whatever our political beliefs, most people are taking the recommended precautions. And as far as social distancing inside our own homes, it’s really hard. We can’t really expect people to avoid the people they live with.”

For additional information about the study, visit Shrum’s faculty page.

Could Women's Health Decline Along With Their Height? 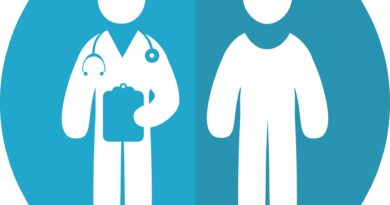 Race and ethnicity of children enrolled in clinical trials not representative of the United States as a whole: study