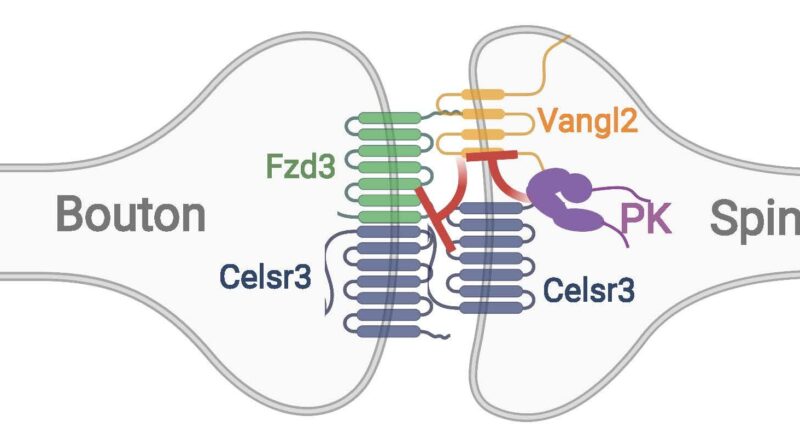 Within the brain and other parts of the nervous system, synapses are key junctional points in between neurons (the nerve cells) where critical signals are transmitted. More specifically, the “glutamatergic” synapses are the prime “excitatory” synapse junctions that neurons use to activate each other and are known to have broad diversity in size and shape.

A longstanding missing piece of the synapse puzzle has been an explanation for how glutamatergic synapses are assembled and maintained, leading to further questions about whether a common development mechanism, or pathway, even exists for the large numbers and many types of glutamatergic synapses.

Scientists at the University of California San Diego have been piecing together the mechanisms that appear to plug this gap in neurobiological knowledge.

Postdoctoral Scholar Yue Ban, Professor Yimin Zou and their colleagues provide promising new evidence Oct. 6 in the journal Science Advances that the “planar cell polarity,” or PCP, a powerful signaling pathway that systematically polarizes cells and tissues along the plane of the tissues, is a widely used mechanism for the formation and maintenance of a large number of synapses.

“One main conclusion of this paper is that the planar cell polarity pathway is responsible for the formation and maintenance of a very large majority of glutamatergic synapses,” said Zou. “Building on a previous study where we initially showed the function of the members of the PCP signaling pathway in synapse formation, this new paper further highlights the significance of this pathway in controlling synapse numbers in both the developing and mature brain.”

In the new study, the Zou lab focused on the role of a key PCP component called Prickle, which in mice features four family members. After Prickle1 and Prickle2 were specifically knocked out in the hippocampus and the prefrontal cortex, the researchers found a 70-80% reduction in the number of glutamatergic synapses. When these genes were deleted in early development, 70-80% of the synapses failed to form. When these genes were deleted in adulthood, 70-80% of the synapses disappeared.

To further explore how Prickle regulates synapse numbers, the Zou lab generated mice that mimic a human mutation of Prickle2, which is known to cause autism. These mice showed a reduction or delay in synapse formation and a high reduction in the amount of key proteins in the synapses, such as the glutamate receptors, which are ion channels that detect glutamate released from the presynaptic neurons to activate the postsynaptic neurons. These results suggest that some of the mutations of Prickle2 may render the mutant Prickle2 protein less efficient in assembling synapses or recruiting key proteins essential for the function of synapses. These mutations provide valuable inroads to further dissect the mechanisms of synapse formation and maintenance.

Also in this study, the researchers discovered that Prickle2 promotes synapse formation and acts as a stabilizing force for the key protein complex formed by the PCP proteins that bring the two neurons together at the synapses. A mutant Prickle protein was not able to stabilize this protein complex.

“Another main conclusion of this research is that the stability of the intercellular complex of PCP proteins, which we have recently found critical for synapse formation and maintenance, is promoted by Prickle,” said Zou. “Knowing how the PCP complex regulates synapse formation and maintenance paves the way to understanding many important biological and pathological processes that involve changes in synapse numbers. For example, Prickle’s function maybe comprised in pathological conditions, which can lead to the instability of synapses in neurodegenerative disorders or other diseases.”

“We have previously found that another PCP protein, called Vangl2, destabilizes synapses,” said Zou. “Here we show that Prickle antagonizes Vangl2 with a mechanism which we are still trying to discover. Therefore, our synapses are constantly under the control of the stabilizing and destabilizing forces and this is part of the reason that our brain, or at least part of it, undergoes constant changes.” (See attached figure adapted from Yue et al, Science Advances, 2021).

Zou and his colleagues now believe this intercellular complex of PCP proteins is intrinsically asymmetric and provides the key directional signal to polarize cell-cell junctions. This is how PCP signaling introduces cell and tissue polarity. The researchers in the Zou lab obtained evidence that the asymmetry of this complex bridging the two neurons may lead to the asymmetric assembly of presynaptic and postsynaptic complexes across the synapse and ultimately determines the direction of the flow of neural signals, a fundamental feature of neuronal synapses.

“This is the first time that a pathway controlling the direction of synaptic structures and synaptic transmission has been identified,” said Zou. 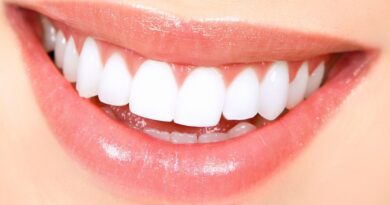