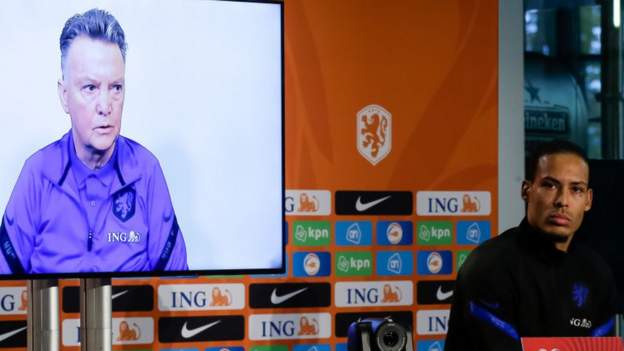 Louis van Gaal will be on the bench for the Netherlands’ World Cup qualifier on Tuesday against Norway despite injuring his hip when he fell off his bicycle.

The 70-year-old was cycling near the team hotel on Sunday when he fell and was taken to hospital for tests.

The ex-Manchester United boss conducted Monday’s news conference via video link while sitting in a wheelchair and used a golf buggy to take training.

“Physically I’m not good, but the brain is still working,” he said.

“I’m in a lot of pain, that’s why I was in a buggy during training. I can still do everything and have done all the preparation that I normally would have.”

Netherlands captain Virgil van Dijk, who appeared at the news conference in person, said the incident was “definitely a shock”.

“We are happy that he can lead us and it hasn’t impacted much in terms of the preparation,” said the Liverpool defender.

“This morning he chaired an important meeting and still guides us. Van Gaal is still keen to make it to the World Cup.”

The Netherlands let a 2-0 lead slip to draw 2-2 away to Montenegro on Saturday, meaning they missed out on a chance to secure qualification for next year’s World Cup.

They host Norway in Rotterdam in their final qualifier knowing a draw will be enough to seal a place in Qatar. 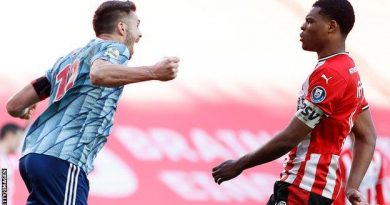 Dusan Tadic: PSV apologise to Ajax after coin thrown at captain outside stadium 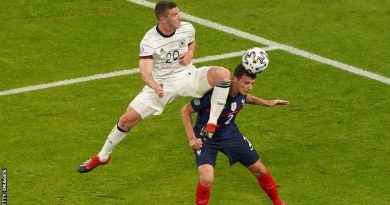