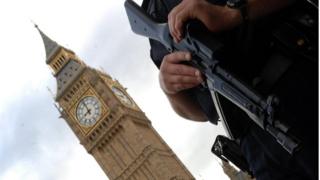 MPs are debating a bill which could allow undercover agents to commit crimes on operations.

The government says the legislation will give a “sound legal footing” for those who work to “protect the public”.

But backbenchers are divided over the implications for human rights and civil liberties – with a vote due at 22:00 BST (21:00 GMT).

A number of Labour MPs are expected to break party orders to abstain on the vote, with both Apsana Begum and Zarah Sultana tweeting to say they would vote against it.

BBC home affairs correspondent Dominic Casciani said the legislation would explicitly authorise MI5, the police, the National Crime Agency and other agencies that use informants or undercover agents to commit a specific crime as part of an operation.

The law will require MI5 officers and others to show the crime is “necessary and proportionate”, but security officials will not say which crimes they will consider authorising, as it could lead to terrorists and other serious criminals working out who is undercover.

However, the legislation stresses agencies must not breach the Human Rights Act, which requires the government to protect life.

A senior judge will report on how the power is used and there will be no role for the Crown Prosecution Service in reviewing the crimes.

He said it would “ensure operational agencies and public authorities have access to tools to keep us safe from terrorists, safe from serious organised crime groups and safe from those who wish to cause harm to our country and citizens”.

And he also pointed to comments by the new director general of MI5, Ken McCallum, that claimed such operations had thwarted 27 terror attacks in the country since March 2017.

But a number of MPs from across the House raised concerns around safeguards to ensure agents would not be able to commit crimes such as murder or torture.

Tory MP Steve Baker said: “For those of us who like the red meat of law and order, it has forced us to look inside the abattoir and we don’t like what we see.

“I can’t imagine ministers will be authorising killing or torture, but [that should be] on the face of the bill so the public can have confidence.”

Labour’s Yvette Cooper, who chairs the Home Affairs Select Committee, also said the safeguards were “very vague and very broad”, calling for them to be “strengthened to get this legislation right”. 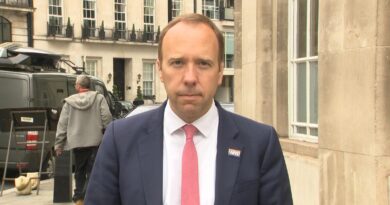