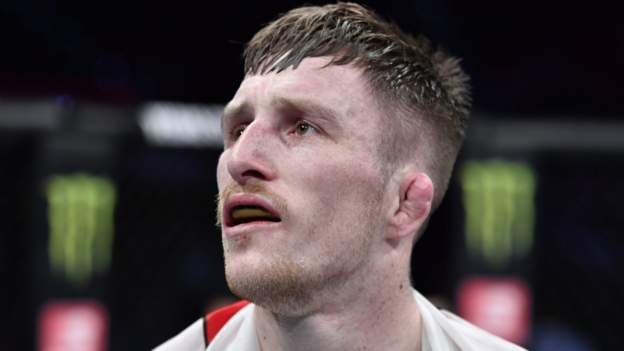 Welsh bantamweight Brett Johns’ Bellator 268 bout with Erik Perez is off because the Mexican has withdrawn through injury.

Swansea fighter Johns, 29, has already travelled to America for the fight, which was set for 16 October.

He had been hoping to claim a first Bellator win but will not now fight on that date.

“I have been told the fight is off. There’s no replacement – we are going home,” Johns said on social media.

“In all fairness Bellator have been absolutely brilliant. It’s just very unfortunate.”

Johns has offered his services as a potential replacement for Patchy Mix or James Gallagher, who are due to meet in Dublin on 5 November.

Johns was defeated in his promotional debut by Danny Sabatello in May at Bellator 259. He was on a two-fight winning streak in the UFC prior to that unanimous decision loss.

He has a professional record of 17 wins and three defeats.

Horse ‘had no chance of survival’ after eating unsuitable food