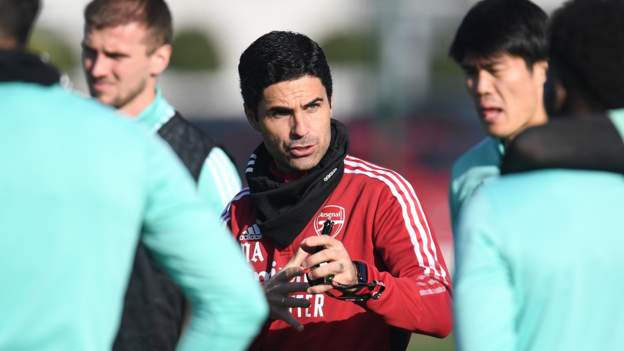 The phrase has been something of a mantra for Arsenal during Mikel Arteta’s time as boss.

From the outset, here was a respected former player, schooled in management by the great Pep Guardiola, with a plan to lead a lost club back onto a purposeful path to glory.

In the darkest days, most notably the three straight, humbling losses to begin this league season, it became a stick with which disgruntled supporters sarcastically beat the Spaniard.

But Arteta’s team are now unbeaten in eight league games – 10 including the Carabao Cup – and are fifth in the table with a young, largely new squad that is starting to knit together.

So has that oft-used phrase now regained some of its legitimacy and is the plan finally starting to come together?

Arteta laid out his philosophy in his first interview for Arsenal’s media channel back in December 2019.

On the pitch, he called for passion, dominance, aggression and playing in the opponents’ territory. Off it, there were “non-negotiables” – respect, humility, accountability, unity. He also spoke of trust.

It was a challenge for many affiliated with Arsenal to keep the faith after three matches of this Premier League campaign.

The Gunners were meek at Brentford, brushed easily aside by Chelsea and battered at Manchester City to leave them bottom of the table without a point or goal to their name.

It was the first time since 1954 they had lost their opening three league matches and each showcased familiar failings – an absence of a clear, coherent and effective tactical plan, costly errors, a soft underbelly and too little fight. All this after a league-high summer transfer outlay, reportedly upwards of £150m.

It followed a season that had begun well in the wake of the 2019-20 FA Cup win, but quickly went south, to such an extent that West Brom boss Sam Allardyce suggested the Gunners were among his team’s relegation rivals.

They would rally to eighth, but this meant missing out on European football for the first time in 25 years – an unacceptable showing to an expectant fan base pining for the regular title challenges of Arsene Wenger’s pomp.

Out went some of the faltering old guard – David Luiz, Willian, Hector Bellerin and Lucas Torreira – and in came six young, mouldable talents, including England internationals Ben White and Aaron Ramsdale. It was the most revolutionary period yet in Arteta’s still fledgling tenure.

But any quiet optimism from fans was quickly blown out of the water before the end of a truly dire August that saw knives sharpened and primarily pointed in the manager’s direction.

While an abundance of noise was being made outside the club, within it the vision remained singular and focused.

There was disappointment, but no panic or wavering of belief in the man they appointed to replace Unai Emery. One who quietly continued with his plan, enjoying what he described as “the best 10 days of my professional career” in the international break after the loss at City.

Context was key for what had gone before.

Having committed the best part of 22 years to Emery’s predecessor Wenger, Arsenal’s ambition is to plan long-term.

This helped them rationalise those early results in light of losing key players to injury and illness in the build-up to facing a Brentford side flush with momentum, following their promotion, before then meeting the previous season’s two Champions League finalists.

Tweaks were made, key players brought into the side. Results since have been vindicating.

Workmanlike at times, wonderful at others, the run has lacked consistent performances, but has shown a uniformity of purpose in line with Arteta’s aforementioned philosophy.

The stats speak for themselves.

There is still work to be done, but they’ve moved into the top half of the division for possession and passes made in games. In six of the last eight, they’ve attempted more passes in the opposition half than their own.

They’re also fourth in the division for passes into the final third and fifth for touches in the opposition box.

They continue to make potentially costly errors – seven of them leading to shots since the start of September, which is joint-second highest in the league.

However, three of those errors, two of which led to goals, came in the 2-2 home draw with Palace – arguably their least convincing, cohesive performance of the run – and mistakes are to be expected from a side so young. 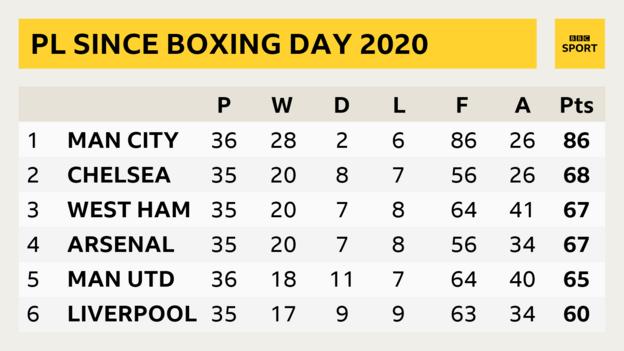 It may appear Arsenal have only clicked into form since September, but they have actually been highly competitive from as far back as last Christmas.

In a table from Boxing Day 2021 onwards, the Gunners are joint third on points, ahead of Liverpool and Manchester United – both of whom qualified for this season’s Champions League – and just a point worse off than Chelsea.

Consistency was always going to be one of the biggest challenges for a young squad that has seen a turnaround of 19 players in the last two seasons.

In total, 17 players started one of the three defeats that began the season, but just 16 were used in the eight games since. Six have started all eight, including goalkeeper Ramsdale and three of the back four – Gabriel, Takehiro Tomiyasu and White.

Further forward, two of the club’s academy products – Bukayo Saka and Emile Smith Rowe – have continued to develop. They are the poster boys for the league’s youngest squad (average age 24.1 years), with its youngest manager (Arteta is 39).

Smith Rowe has reached new heights, with his four goals and two assists in his last six games seeing him join Saka in the most recent England squad. The 21-year-old capped his full debut with a goal and assist in the 10-0 World Cup qualifying win against San Marino.

It all adds to a growing sense of togetherness at the club – the unity Arteta longed for on his arrival.

This is also borne out in the way the club has delved further into its past through past player and manager pictures and quotations on the walls inside the Emirates. On one wall is an area for fans to post letters of support to Saka, who was racially abused after England’s defeat in the Euro 2020 final.

Arteta has retained his equilibrium throughout the season. He is clearly keen to ensure this newfound positivity and energy does not develop into complacency.

If the first three results of this campaign can be placed in context, so must the next eight.

Their opponents since the start of September represented a notable step down from the quality of Chelsea and Manchester City, they were second-best for notable periods against Brighton and Palace and goalkeeper Aaron Ramsdale was man of the match in the win at Leicester.

Bigger tests await. First up is Saturday’s game against Liverpool, who will be keen to get back to the impressive, free-scoring form they were enjoying prior to dropping points at home in a draw with Brighton and a first loss of the league campaign at West Ham before the international break.

The Gunners haven’t won at Anfield in the league since September 2012 and have lost on each of their last five visits by an aggregate score of 18-4.

With a trip to Manchester United and home clash with West Ham on the slate, we will know a lot more about how far Arteta’s Arsenal have come before Christmas. But they can approach these fixtures with optimism.

The process may be far from complete, but at least they have been given a good reason to trust it again. 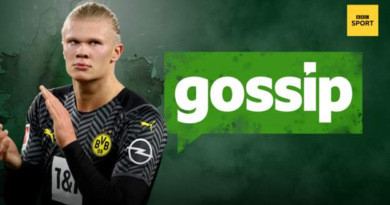 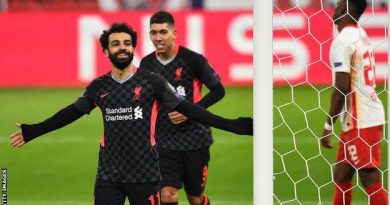