Fast bowler Mark Wood says it was the “right thing” for England players to make a £500,000 donation to the England and Wales Cricket Board and selected good causes.

Amid the ongoing coronavirus crisis, centrally contracted players volunteered to contribute 20% of their salary for three months.

“We were unanimous in wanting to help out,” Wood, 30, told BBC Sport.

“We have obligations as professional sportsmen to be role models.”

He added: “But it is the people on the front line who are the real superheroes, doing an amazing job.”

It is the players who will decide how the charitable donation will be made, with details due to be revealed in the coming week.

“We didn’t just want to give to our sector, but also a charity of our choosing,” added Wood, who was part of the England side that won the World Cup last July.

“We had a group video call. There was a representative from the Professional Cricketers’ Association involved, but he can’t tell you what to do with your money and your contract.

“When he went off the line, we had a discussion among ourselves and it didn’t take long to come to an agreement.”

As well as funding a charity, Wood said the elite players were also intent on giving back to the game.

With no professional cricket to be played in England and Wales until at least 28 May, and all recreational activities suspended indefinitely, all levels of the sport are set to suffer financially.

“We discussed how we could best help the game,” said Durham paceman Wood. “As the top players, how can we ensure the survival of county, grassroots and disability cricket?

“It’s the right thing that we as cricketers help our fellow professionals.”

The centrally contracted members of the England women’s squad have also taken a three-month pay reduction, in line with their coaches and support staff. 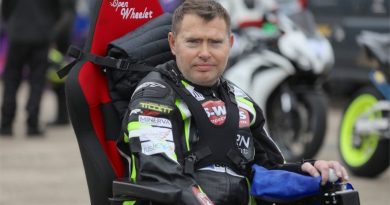