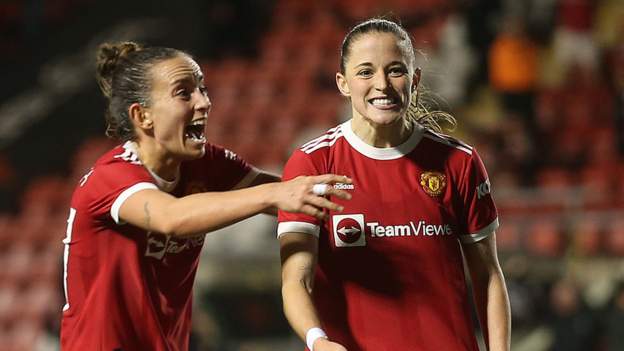 Ona Batlle’s late winner, after Vicky Losada’s opener for City and Ivana Fuso’s equaliser, comes amid a run of just one victory in their last six Women’s Super League games for Taylor’s side, including Sunday’s 4-0 loss to Chelsea.

“Stick with the players. They’re trying their hardest. We’re fighting as hard as we can,” said Taylor.

“Confidence is low at the moment, which is understandable. We’re trying to get momentum but it’s one step forward and two steps back.”

City stay top of Group B, having played one more game than second-placed United, while Leicester went third by beating Durham 2-0 for their first win of the season in all competitions.

Women’s Championship leaders Liverpool moved top of Group A with a 2-1 win over Blackburn, and Sheffield United went second after overcoming Aston Villa by the same scoreline.

In Group C, Tottenham trounced Watford 11-0 to make it two wins from two in the competition. 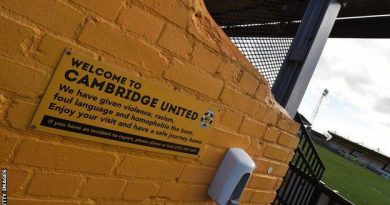 Applause drowns out jeers as Cambridge take the knee against Colchester 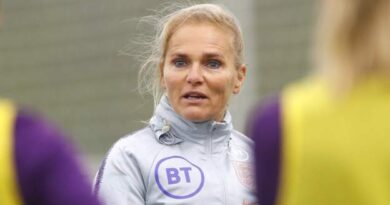