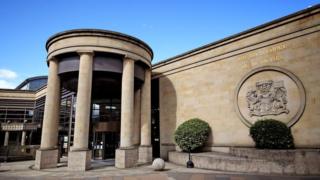 A man who admitted building a homemade gun in his shed has been jailed for five years.

The High Court in Glasgow heard Ricky Taylor was curious and searched the internet to learn how to make the weapon.

Taylor, 41, was arrested after a raid at his house in the city’s Royston area on 14 February.

Police Scotland initially suspected they would find drugs but found the weapon in the garden.

The judge, Lord Mulholland, told Taylor: “You stupidly involved yourself in making a homemade gun.

“Thankfully your product did not fall into the wrong hands and there is no evidence that you made it to order.

“You said you learned how to do this on the internet and did it out of curiosity.”

The court heard Taylor told officers: “Anything you find is mine anyway.”

Prosecutor Leanne McQuillan said a detective saw lengths of steel pipe which appeared to have been modified into a homemade firearm on a desk in the shed.

A ballistics expert later concluded the piping was part of what was described as a “slam gun”, a term often used for “improvised firearms”.

A number of other related items were discovered in the shed including a metal pole, a grinder and a soldering iron.

Miss McQuillan: “Taylor was interviewed and admitted ownership of the items recovered and to manufacturing the slam gun.”

The weapon is thought to be fired by two metal tubes – with a shotgun cartridge and other parts inside – being “slammed” together for it to be discharged.

The prosecutor added: “A slam- gun is a general term used by ballistics experts to describe improvised firearms. They generally consist of two pieces of pipes of uneven diameter that fit inside each other. They can be extremely dangerous – as much to the user as to the target.”

Taylor, who has a previous conviction for assault, admitted the firearms charge.

He appeared in court via a video link from prison.

Covid in Scotland: 'I'm dreading level 4 but we need it' 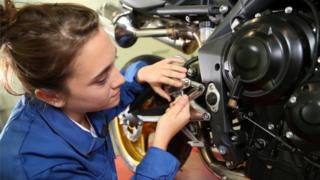