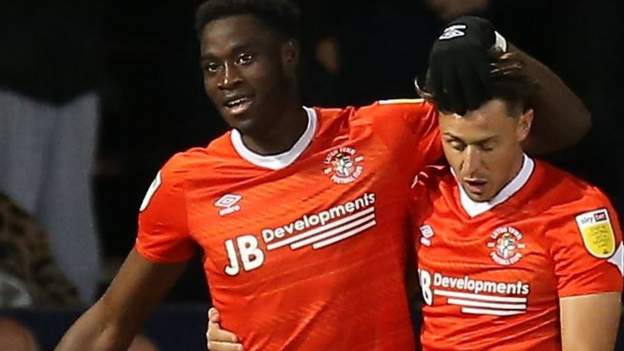 The Hatters raced into a four-goal lead by half-time, with Adebayo netting an early penalty before Cornick made it 2-0 and then set up Luke Berry for the third.

Adebayo’s tap-in on the stroke of half-time put the home side out of sight and Cornick hit the fifth with a deflected effort to complete Coventry’s humiliation.

The victory – Luton’s biggest since their League Two days in 2017 – lifted them to ninth place, while the Sky Blues slipped to fourth.

It took Luton less than two minutes to breach what had previously been the Championship’s meanest defence, with Jake Clarke-Salter penalised for holding back Adebayo as he galloped on to James Bree’s through ball.

Adebayo fired the spot-kick past Simon Moore and Luton proceeded to pepper the visitors’ defence with balls into the penalty area – few of which they dealt with successfully.

Hatters skipper Sonny Bradley, starting his first game of the season after being sidelined by Covid-19, used his aerial presence to set up opportunities for both Cornick and Berry before the second goal arrived in the 18th minute.

A free-kick routine broke down but Coventry were slow to react and Jordan Clark pumped the ball back into the box, with Kal Naismith heading it across for Cornick to nod beyond Moore.

The goal gave way to an eight-minute stoppage while paramedics attended to a Coventry supporter who had been taken ill – but the hiatus did nothing to slow Luton’s momentum as Cornick burst between two defenders and cut the ball back for Berry to bundle home.

Luton had surrendered a three-goal lead in their last home game, against Swansea City, but any concerns about a repeat collapse were dispelled in first-half injury time as Bree and Cornick combined again on the right to provide Adebayo with his second.

Home goalkeeper Simon Sluga was belatedly called into action at the start of the second half, pushing away an angled drive from Viktor Gyokeres, but Luton swiftly regained the initiative as Cornick pounced on substitute Ben Sheaf’s error to make it 5-0 on the hour.

Adebayo went close with a dipping 25-yarder that Moore fended off, but there was to be no hat-trick as both he and Cornick were withdrawn 20 minutes from time, underlining Luton’s total supremacy.

“One of our supporters was ill – I’ve been told thankfully he’s OK, so we wish him all the best. On a difficult night for us as a football club, that’s probably the best news we’ve had.

“Sixty seconds into it, we have succumbed to what we knew Luton were going to throw at us. They were very good at what they did and we weren’t very good at dealing with it.

“The foul apparently was outside the box, so it shouldn’t have been a penalty in the first place. That’s disappointing, but I’m not going to bleat too much because there were four others that went in after it.

“We ended up getting ragged trying to chase the game early on – we were four down before we could breathe. We need to park this and move on.” 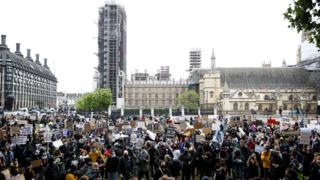 George Floyd: Crowds gather to protest across the UK 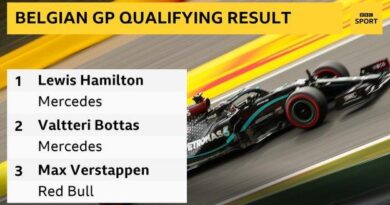 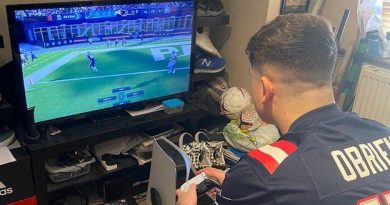 Madden NFL: The England cricketer who is starring in the gaming world