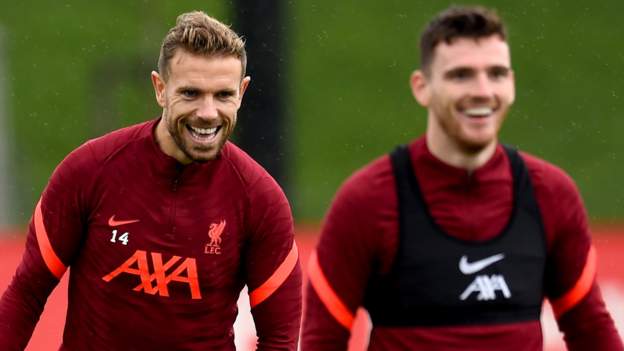 Liverpool captain Jordan Henderson and defender Andy Robertson are “ready to play” against Porto on Wednesday if called upon, boss Jurgen Klopp says.

Midfielder Henderson returned from England duty injured and was a substitute in the 4-0 win over Arsenal.

Scotland left-back Robertson missed last weekend’s match with an injury, but Klopp said both men can face Porto in the Champions League if needed.

Liverpool have qualified for the knockout stage with two games to go.

“We have to make decisions,” said Klopp, whose side have won all four group games so far.

“Whatever line-up we show, it’s all about winning this game and the next games. That’s what we are here for.”

With the Reds already through, Klopp can afford to rest some of his key players at the start of a busy spell of games.

Liverpool do not have a spare midweek left in the calendar year and face nine games – in the Premier League, Champions League and Carabao Cup – in December alone.

“We always respect the competition but we have to think about ourselves and our schedule and the situation of our players first,” added Klopp.

“In this time of the season, the medical department has a big hand in line-ups. But we have to line up a team who has a chance to win a football game.”

Two players who are likely to get a run-out against Porto are Takumi Minamino and academy graduate Tyler Morton.

Japan forward Minamino, 26, has yet to start for the Reds in the Premier League this season, but came off the bench to score against Arsenal in the last game.

Morton, 19, has made one senior start, against Preston in the Carabao Cup, and is considered to have a bright future ahead of him. He also came off the bench in the closing stages of the win over Arsenal.

“He’s in a good place at the moment, now let’s work from here,” said Klopp.

Liverpool beat Porto 5-1 in Portugal in September and have won the past three meetings by an aggregate score of 11-2.

Porto start the game second in Group B – seven points behind runaway leaders Liverpool – and can still qualify for the knockout stage. 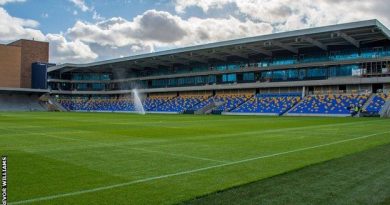 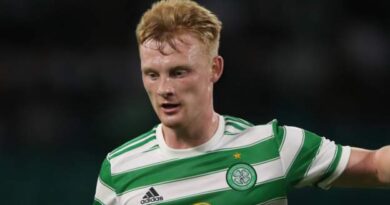