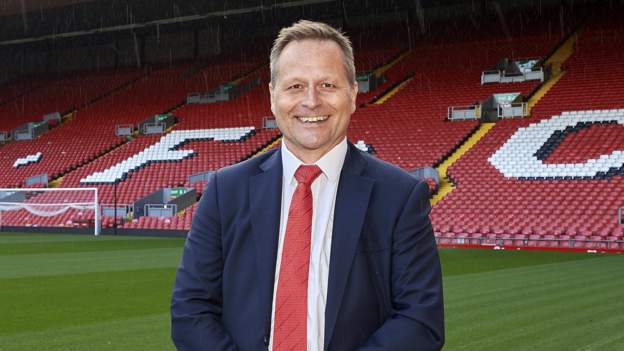 Liverpool have appointed Leicester City’s Russ Fraser as their first managing director of the women’s team.

Fraser, who was head of women’s football at the Foxes, will take up his role in early November.

He will work closely with Susan Black, executive director of the women’s team, and oversee player recruitment, welfare and medical.

“It’s a great opportunity to join one of the biggest clubs in the world,” he said.

“I’m really looking forward to getting started and developing the women’s team further.”

Liverpool, Women’s Super League champions in 2013 and 2014, are in their second consecutive season in the second-tier Women’s Championship, following relegation in 2020.

Fraser will be reunited with Liverpool manager Matt Beard, with whom he worked at West Ham from 2018-2020, during which time they reached the FA Cup final.

“The restructure the club is going through shows its intent and the direction it wants to go in,” said Fraser.

“Without putting too much pressure on, the aim is to get promotion as quickly as possible. We not only want to be playing in the WSL, we want to be competitive in it.”

BBC Sport understands former Foxes striker Emile Heskey, who has an ambassadorial, coaching and mentoring role with the women’s team, is among those in contention to be Fraser’s replacement.

Fraser oversaw Leicester’s promotion to the WSL for the first time – a year after they became professional.

He was also influential in the women’s team’s move to the King Power Stadium this season, and is an experienced and widely respected figure in the game.