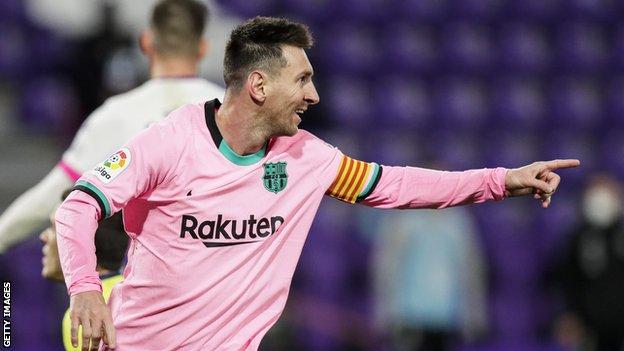 
The football world has been congratulating Lionel Messi in recent days for breaking Brazilian legend Pele’s record of 643 goals for one club.

Well, most of the football world…

Pele’s former club Santos have published a detailed account explaining why, in their view, Barcelona forward Messi has not broken the record at all.

They say Pele’s goals in friendlies count towards his Santos total and, as a result, the record stands at 1,091 – meaning Messi has another 448 to go.

“The matches were played in official uniforms, with the official rules of the game and with a score sheet,” says Santos’ statement, written by a member of the Association of Researchers and Historians of Santos FC.

“The numbers are absolute.

“A goal against Eibar is statistically the same as that scored against Valencia.

“A goal against Transvaal (from Suriname) has the same value as a goal scored at Real Madrid, in the middle of the Santiago Bernabeu.”

Even Pele, who played for Santos between 1956 and 1974, congratulated Messi in a post on social media last week but his former club are still unwilling to accept defeat.

They say their friendlies were given approval by regional and national federations and “taking subjective attributes into account, such as the weakness of opponents, is not ideal for compiling statistical data”.

The Brazilian club also point out some of Pele’s ‘friendly goals’ were scored against major teams such as Inter Milan, Real Madrid, Boca Juniors, River Plate and even Barcelona themselves.

We’ll leave it up to you to decide… 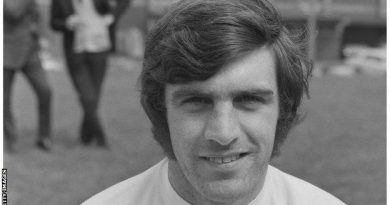 Peter Lorimer obituary: An ‘explosive and influential member of the greatest Leeds side in history’