Wales and British and Irish Lions back Leigh Halfpenny is finalising a new deal to stay with Scarlets.

Scarlets also want to strengthen at centre for 2020-21 as the region looks to fill the gap left by Hadleigh Parkes’ expected move to Japan.

Scarlets have also been weighing up whether to try and sign new Wales centre Nick Tompkins from Saracens for next season.

Lions centre Jonathan Davies has been missing since damaging his knee in the World Cup in Japan in October 2019.

Scarlets have strong options in the back three with Wales full-back Liam Williams returning from Saracens, and fellow internationals Steff Evans and Johnny McNicholl among Halfpenny’s colleagues.

Tompkins has been looking for a loan move for one season after signing a long-term deal with Premiership champions Saracens, who will be relegated to the Championship next season following persistent salary cap breaches.

The 25-year-old had been talking to the Welsh regions over such a deal, with Cardiff Blues favourites to sign him, but the region would prefer to have the centre on a permanent deal.

Scarlets are now mulling over the practicalities of a shorter-term arrangement in a season when they would not have the player available very often.

Morgan, 24, has played five Tests for Wales, with the last of his caps against Tonga in November 2018, but has seen his career stall through injury in recent seasons.

Morgan won his fifth Welsh cap after being diagnosed with type-one diabetes in early 2018.

Williams’ Newcastle are top of the second-tier Championship.

The 23-year-old was part of the England Under-20s side that won the Junior World Championships in 2016 and made a try-scoring appearance for Eddie Jones’ senior side in the uncapped match against the Barbarians in June 2019.

His father, Gareth, is from north Wales so Williams remains eligible for Wayne Pivac’s side because he is yet to be capped by England.

Williams returned to rugby union in January 2020, four months after his final round of chemotherapy for testicular cancer. 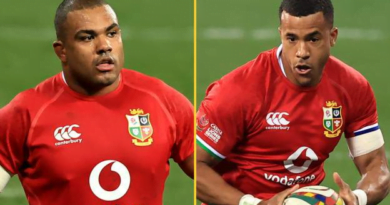