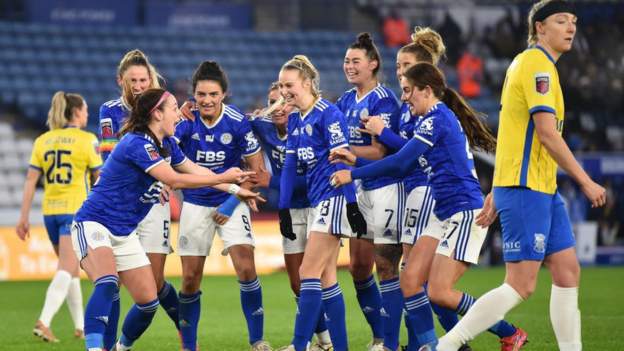 Leicester City moved from the bottom of the Women’s Super League table and picked up their first points of the season with a significant victory over relegation rivals Birmingham City.

Sophie Howard opened the scoring in the first half with a terrific curling strike from the edge of the box.

It was set up as a potential relegation decider in the WSL and both teams were cagey in the opening minutes.

But Leicester quickly grew in confidence with Shannon O’Brien and Jess Sigsworth coming close before Howard spotted a gap to squeeze in the opener – her first goal in the WSL.

Birmingham were a threat on the break with Veatriki Sarri, while Leicester had joy down the left through Molly Pike and the hosts carried a more clinical threat up front.

There were a few nervy moments for Leicester goalkeeper Demi Lambourne in the first half but Jade Pennock, Sarri and Libby Smith were unable to take advantage.

Birmingham continued to push for an equaliser in the second half – captain Louise Quinn missed a big chance when she headed it over the bar, before Pennock sliced a shot off target.

Darren Carter’s side failed to take advantage of numerous set-pieces and Leicester remained in control before Tierney’s header from a corner of their own proved the decider.

Birmingham remain without a win this season and have fallen to the foot of the table with just a point to their tally, while this was Leicester’s first ever win in the top flight.

Celebrations for Leicester over festive period

The significance of this victory for Leicester will not be known until the end of the season but there were jubilant scenes at full-time at the King Power Stadium.

Tierney, who scored the second goal to see off Birmingham in the second half, was dancing as she celebrated with her team-mates at the final whistle, while manager Bedford could not hide a wide smile as she patted her players on the back.

In the build-up to the fixture, both managers tried to downplay the occasion, insisting there were other opportunities to pick up points in the new year.

However, the magnitude of the game was felt from minute one as the crowd were constantly egging on the home side and the noise from the players on the pitch was louder than usual.

A tense start from both sides was inevitable but Leicester were able to imprint periods of control throughout and showed the confidence Bedford has been asking for since her arrival at the end of November.

Leicester will now enjoy a Christmas break outside the single relegation spot and do not play again until 9 January, when they travel to Reading.

Meanwhile, Birmingham’s winless run continues and they face league leaders Arsenal and Champions League-chasing Manchester United in their next two fixtures in January.

For two sides struggling to pick up points this season, the three which went Leicester’s way could prove to be the ones that keep them in the top division in May. 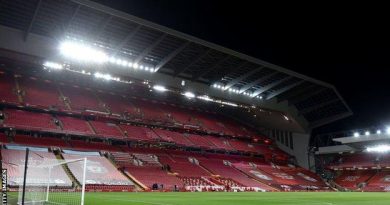 Coronavirus tiers: Which clubs can have fans back after England lockdown ends?