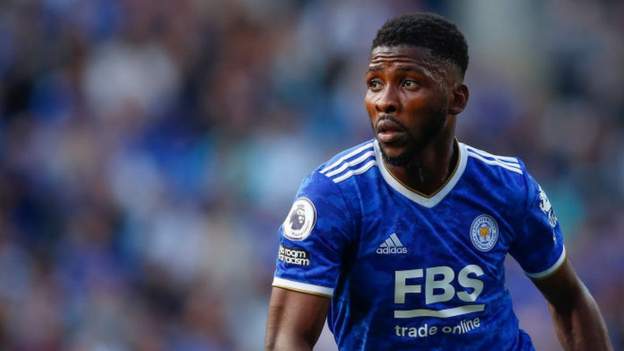 Kelechi Iheanacho has been ruled out of Leicester’s Europa League Group C trip to Legia Warsaw because of an issue with his travel documents.

The striker travelled to Poland but a problem with his paperwork meant he was not allowed into the country.

“His documentation coming into the country wasn’t sufficient,” said boss Brendan Rodgers. “We’ll have to look at that when we’re back.”

Defender Jonny Evans is again missing because of a foot injury.

The 33-year-old defender has played less than 170 minutes in total this season, although he was on the bench for Saturday’s 2-2 Premier League draw with Burnley.

Midfielder Wilfred Ndidi misses the game through suspension, having been sent off in their opening group match, a 2-2 draw at home to Napoli.

The Foxes have been inconsistent throughout this season, with Jamie Vardy’s two goals rescuing a Premier League home draw against Burnley on Saturday to leave them with seven points from six games.

On Saturday, they were beaten 3-2 at home by Rakow to leave them 14th in the 18-team Polish top flight.

However, they did get off to a winning start in the Europa League, beating Spartak Moscow 1-0 in Russia thanks to an injury-time goal from Lirim Kastrati.

“They’re very well organised, the players are very committed, and on the counter-attack they can give us problems,” said Rodgers.

“In the last game and a half, we have been more like ourselves in our football, so hopefully we can bring that to Legia and make it really difficult for them.

“You travel to play in great stadiums in front of passionate supporters. It should be a great game in a great atmosphere, and it’s something you always have to deal with away in Europe.

“It’s been a great experience and we want to keep achieving it. It’s an ambition of ours to keep playing at this level. You have to earn it and that’s hopefully something we can keep doing over the next number of years.” 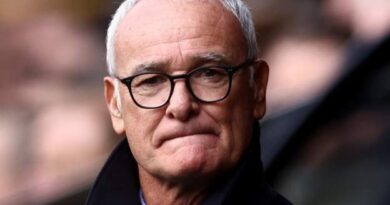 Watford 0-5 Liverpool: Has Claudio Ranieri walked into a nightmare?