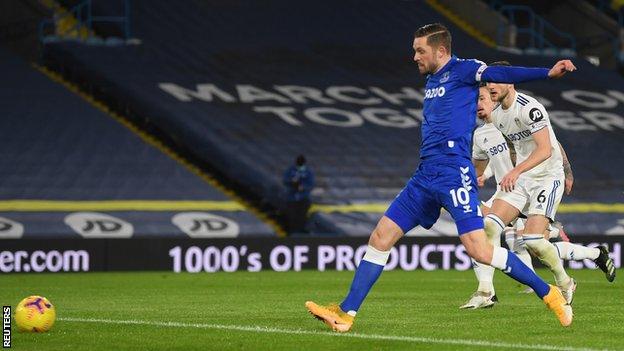 Goals from Gylfi Sigurdsson and Dominic Calvert-Lewin gave Everton a hard-fought win at Leeds United to take the Toffees sixth in the Premier League.

The visitors took a ninth-minute lead when Lucas Digne’s excellent low cross from the left flank was steered first time into the net by an unmarked Sigurdsson.

Leeds came close to equalising but Ezgjan Alioski volleyed against the post and Pascal Struijk’s header was acrobatically tipped over by Everton goalkeeper Robin Olsen.

England striker Calvert-Lewin then grabbed his 12th Premier League goal of the season with a close-range diving header after Ben Godfrey had flicked on Sigurdsson’s left-wing corner.

But Leeds were the better side in the second half and Raphinha pulled one back with a calm finish from Patrick Bamford’s pass, although the hosts could not grab an equaliser.

The victory moves the Toffees above Chelsea and Tottenham, who meet on Thursday.

Everton had to work hard to claim their 11th league win of the season and the result continues their impressive revival over the past 14 months.

In December 2019, they were in the bottom three when Marco Silva was sacked, with caretaker boss Duncan Ferguson taking them up the table before Carlo Ancelotti got the job.

Ancelotti guided them to 12th last season and they have built on that in 2020-21 and are now in contention to qualify for European football after a three-season absence.

Calvert-Lewin has been key to Everton’s success and he made a return to goalscoring form after seven league games without a goal.

“Sometimes you just have to keep plugging along and I didn’t stop believing that the goals would come again,” said Calvert-Lewin, who has played five times for England.

“They [Ancelotti and coach Ferguson] have just told me to continue the belief I had in myself and it has worked wonders and gave me the confidence to keep going.

“We’ve frustrated ourselves when we have dropped points and we want to stay in contention for the Champions League.”

Only Liverpool’s Mohamed Salah, with 15, has scored more league goals than Calvert-Lewin, who netted his 12th in 19 league matches with his diving header from Sigurdsson’s corner late in the first half.

Iceland midfielder Sigurdsson had earlier put Everton ahead as he got free of his marker to finish from eight yards after Digne’s brilliant cross from the left.

With Leeds pushing for an equaliser, Calvert-Lewin had a chance to score his second of the night after a quick counter-attack, but could not beat home goalkeeper Illan Meslier, although the miss did not prove costly.

Ancelotti handed a late debut to Joshua King, the Norway striker signed from Bournemouth on transfer deadline day, and he helped his team see out the victory.

This win means Everton have picked up 16 points from their last six away matches and only Manchester United and Leicester have won more games away from home.

Leeds were playing at home for only the second time in seven matches and were doing so on a newly-installed pitch, which had been bought for £300,000 from Tottenham.

However, they fell behind after only nine minutes and had chances to equalise but were repeatedly denied by a brilliant performance from Everton goalkeeper Olsen, who was only playing as England’s Jordan Pickford was ruled out with a rib injury.

The Sweden international saved efforts from Mateusz Klich and Struijk, although Olsen was relieved when the post came to his rescue to keep out Alioski’s brilliantly-struck volley from 20 yards direct from a deep corner.

Leeds had only conceded six goals in their past six league games and boss Marcelo Bielsa will be angry with his side’s defending, which gave Everton a generous two-goal lead at half-time.

Bielsa’s attacking, entertaining side were back in it within four minutes of the restart as Raphinha passed the ball into the net after being set up from Bamford.

But once again Leeds could not get a leveller with Olsen making three superb saves in the space of two minutes, to keep out a deflected effort, Raphinha’s follow-up and a well-hit 20-yard strike from Jack Harrison.

Top goalscorer Bamford, with 11 Premier League goals to his name in 2020-21, had a chance to get his side a point but his looping header went just over on a frustrating evening for Leeds.

Four away wins in a row for Everton – the stats

‘A difficult game against a difficult team’ – what they said

Leeds boss Marcelo Bielsa, speaking to BBC Sport: “The two goals they scored were preventable. The first 30 minutes of the game was good for us and the second half as well. We managed to find goalscoring opportunities and avoid a third goal. Finally we didn’t manage the second goal.

“It is true they played an energetic game. Maybe the fact they were in front allowed us to take the initiative.

“After they were winning by two goals they gave us the ball and started defending in their own half. The amount of goalscoring opportunities we created makes us think we should have had a draw or win.”

Everton boss Carlo Ancelotti, speaking to BBC Sport: “It’s special because it was a difficult game against a difficult team. We did really well in the first half. Second half was more difficult because we conceded early. To arrive at the end of game was not easy.

“The sacrifice, concentration and motivation was good. I’m really pleased with the reaction after the [home 2-0] Newcastle defeat.

“The plan was to be intelligent in the game and defend well and find the opportunity to counter-attack. They push a lot of players in front.

“We lost a little bit of confidence after the goal. But this team is showing when they defend we are comfortable.

“We have better luck away from home. I hope [next opponents] Manchester United scored all their goals against Southampton.”

Leeds are at Elland Road again next time out when they entertain Crystal Palace in the Premier League on Monday (20:00 GMT), before an away league game at Arsenal on Sunday, 14 February.

Everton play at Manchester United in the league on Saturday (20:00), then have a home tie against Tottenham in the fifth round of the FA Cup on Wednesday, 10 February (20:15) before they face Fulham at home in the Premier League four days later (19:00). 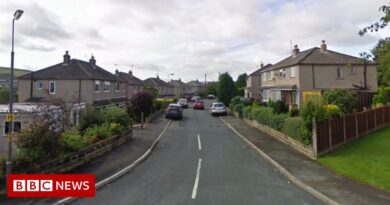 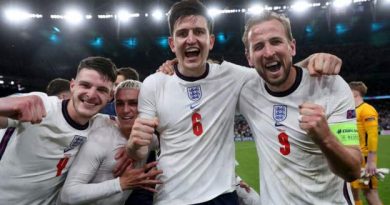 Eight held and cars seized over 'illegal hunting' near Compton