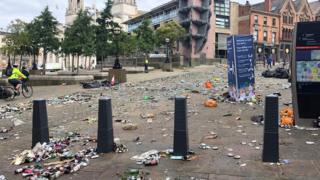 A huge clean-up operation is under way after police officers were injured when thousands of Leeds United fans celebrated their club’s promotion.

One officer sustained a serious head injury during the event, attended by about 7,000 fans, after Leeds’ Premier League promotion after 16 years.

Bottles were thrown at officers and nine people were arrested for public order offences.

Volunteers, including fans, joined council staff in cleaning up the area.

More news and stories from Yorkshire

Sunday’s city centre celebrations in Millennium Square came after fans had previously gathered on Friday and Saturday at the club’s Elland Road ground.

The club’s promotion was confirmed on Friday, with the Championship title secured on Saturday after Brentford lost to Stoke.

West Yorkshire Police said a female officer was being treated in hospital after sustaining a serious head injury.

A number of other officers received minor injuries and 15 members of the public were also hurt, it added.

Assistant Chief Constable Oz Khan said the force had continued to stress to fans the importance of Covid-19 precautions, appealing for large gatherings to be avoided and deploying officers to try to ensure the safety of those present.

“Almost 7,000 people gathered in Millennium Square in Leeds; whilst the vast majority of fans were enjoying themselves and celebrating, there were a small minority of people who began to throw bottles at police officers,” he said.

“The safety of fans and the wider public is our primary concern. Violence towards police officers will not be tolerated and we deployed an appropriate police response to ensure that the festivities concluded safely.”

The club’s owner Andrea Radrizzani had urged fans to stay at home if Leeds secured promotion.

He said he shared their desire to celebrate the club’s success but did not believe what he had seen over the last 24 hours was responsible.

“Everybody wishes to get together and celebrate and we would love to open the stadium soon,” he said.

“If we are not following the rules, if we take these superficially, then this might cause more cases, more problems and then we will have to postpone what we want which is to be back home at Elland Road as soon as possible.”

Council staff were joined by volunteers, many of them fans, to clean up the area.

Volunteer Nick Moss, who did not attend the event on Sunday, said he was not surprised so many people decided to celebrate.

“Everybody’s been in lockdown, there’s a lot of emotion, it was like a big release for Leeds to get promoted,” he said.

“I saw the mess and thought ‘You know what I am going to come down and volunteer to help’. 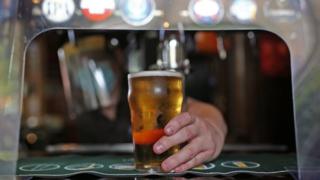 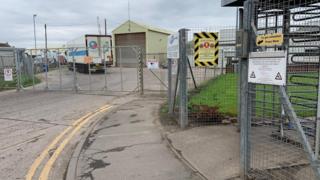