If the season is able to resume the final set of matches will resemble tournament football, says Bristol City head coach Lee Johnson.

Elite football is on hold until at least 30 April because of coronavirus, but the Football Association is hopeful of being able to conclude the campaign.

All football in England below National League level was cancelled on Thursday.

“It’s almost going to be a tournament-like scenario with games being crammed in very quickly,” said Johnson.

“First and foremost your thoughts and feelings go out to the people who need it. It’s a world crisis that we’ve got to come through and there’s so many amazing things happening in a really bad time.

“When you think of the NHS and how wonderful they’ve been, the workers who are going beyond the call of duty just to keep everybody as safe as they can possibly be.

“You almost feel a bit embarrassed at times [as a football manager] but you’ve got to do your job and at this stage that job is to make sure we prepare.

“We need to be able to hit the ground running.”

Johnson, whose side are seventh in the Championship, told BBC Points West that he believed the 2019-20 season would be played to a conclusion to preserve the “integrity of the game”.

And the 38-year-old would support matches being played behind closed doors if such a measure would help that to happen.

“We hope and pray we can get football moving as quickly as possible,” he added.

“Football is for the fans and they’re the most important element of it. So we want to play in front of fans, but if we can’t then it’s really important that we do that.” 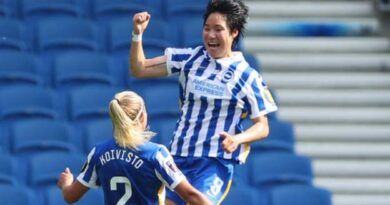 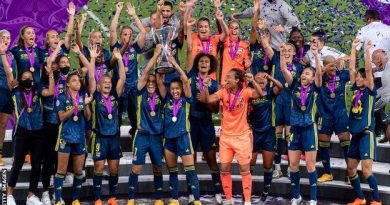