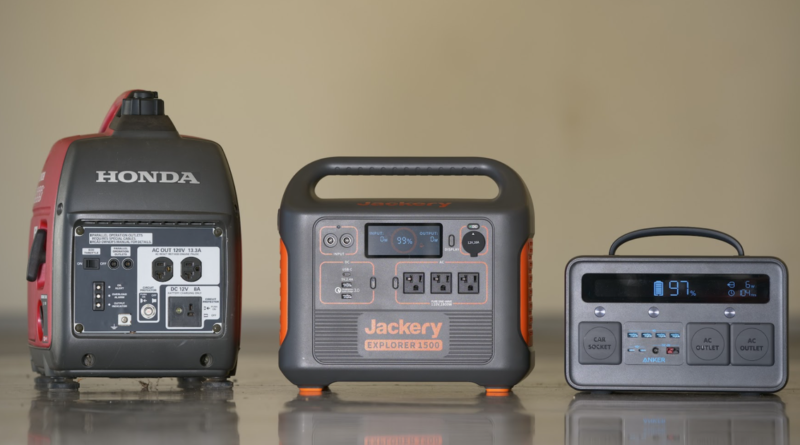 A new breed of large portable batteries that are encrusted with household outlets and USB ports are touted as the next generation of electric generators — even though they don’t generate electricity at all. Call them “power stations”. Here’s why they’re getting attention from people who want power away from the grid, whether planned or not, without the fuel, emissions and pull cord of a gas generator. If you can make the charge time work in your intended use scenario, these might be your modern alternative to a compact generator.

I spent some time with two excellent power station examples like the ones we continuously rank on CNET’s best portable power stations list: The Jackery Explorer 1500 and the Anker PowerHouse II 800. The Jackery unit is about twice the capacity and twice the price of the Anker product and as such they’re aimed at different use cases.  A look at essential power station specs will make it clear what you need.

Watt-hours (Wh) is the best single metric for the run time of a power station. A 500 watt hour power station can deliver 500 watts for 1 hour or 1 watt for 500 hours or any combination thereof, with a caveat I’ll explain next. Also, take the watt-hours rating of a power station and assume you’ll only get 85% of that to be safe.

Here are some rough examples of household power needs so you can practice your watt-hour math:

Wattage is the simpler sibling of watt-hours and represents the maximum wattage a power station can deliver on a sustained basis, regardless of how long it can deliver it. For example, a power station that can deliver 500 watts can easily power both the TV and laptop charger above but can’t come close to powering the space heater and might strain to run the TV, desktop and laptop.

Add up the wattage of all the devices you need to run at once and make sure your power station can deliver that with a 15% cushion. Note that the power consumption of a device may be expressed in amps; multiply those by household current (115 volts) to get an approximation of watts.

Surge capacity. This is the momentary surge of power some devices need when starting, the most notorious example being refrigerators which can demand 4-5 times as much power to initially start their compressors as to run them. If you plan to run something with a good-sized motor in it, verify its surge power demands and buy a power station that can cover that without shutting down to protect itself from overload.

Number of AC outlets is important because enough can keep you from needing a messy plug strip. Power stations excel at being a tidy package so it would be a shame if that’s hampered by the lack of one more built-in outlet.

True sine wave power refers to the quality of the power coming from the AC outlets. Power stations that deliver true sine wave power best approximate commercial utility current and can feed delicate electronics what they want to run right.

AC charge time. This is usually the fastest way to charge a power station, assuming you have grid power to connect the wall charger to. But expect the charge between power stations of similar watt hour capacity to be about the same.

Solar compatibility. Look into the solar charging ability of any power station you consider, especially if you intend to use the device as a camping accessory or as a backup for multi-day blackouts. Solar charging can be a big equalizer between power stations and gas generators if you’re concerned about long deployments.

Price per watt-hour is a good apples-to-apples comparison of value but should be very roughly $1 per watt hour of capacity MSRP.

Size and weight. Battery-based devices get heavy in a hurry when you scale up the watt-hour capacity and no power station can avoid that rule of lithium ion battery physics. Don’t buy a massive power station you won’t lug around when a smaller one could cover your needs and actually get used.

Warranty length. By their nature power stations tend to sit a lot and get used a little, so a long warranty is key; Even 24 months may only cover a few uses.

Once you get your head wrapped around power station specs you may find that you don’t need a gas generator at all. 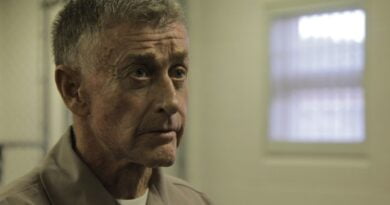 The best Netflix documentaries to watch this weekend 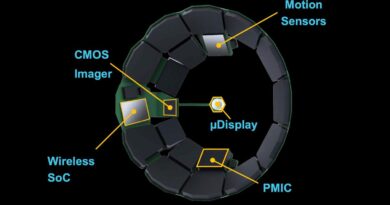 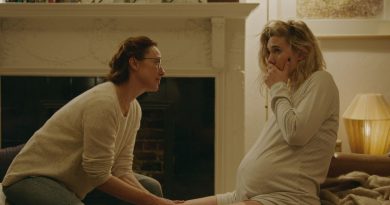 36 of the best movies to stream on Netflix