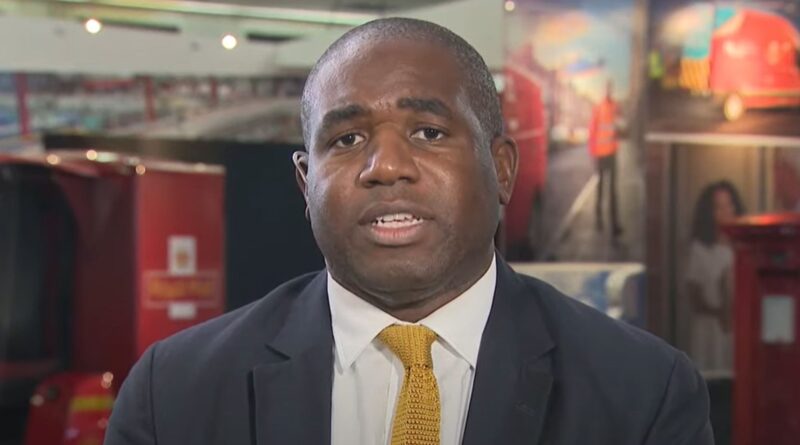 The shadow justice secretary said former leader Mr Corbyn, who has been criticising Sir Keir at fringe events, oversaw the worst election results for the party since 1935 in 2019.

He told Sky News’ Kay Burley: “Anyone can come to our fringe but I’ve got to say, Jeremy Corbyn is the past.

“Keir’s job has been to rebuild the party but to earn the British people’s trust and put us in a place where we can win a general election instead of consistently losing them.

He added that the speech at the end of the five-day conference in Brighton “is a hugely important moment for us” and Sir Keir is as “cool as a cucumber”.

Mr Lammy did not give much away about what Sir Keir will be talking about during his lunchtime speech but said he will be focusing on “the future, he’ll draw on his background and present himself to the country”.

“There are exciting proposals on mental health, on climate and on education,” he added.

The shadow cabinet minister was also damning about Boris Johnson as he said he did not “want to get into it” when asked about deputy leader Angela Rayner calling the Conservatives “scum”.

But, he said: “I really don’t think the Labour Party need to take lectures from a Conservative Party with a leader that has said some terrible things about all sorts of people.

“He called people like me people with watermelon smiles and piccaninnies.

“All sorts of things have been said in politics but let’s focus on the plan, we’ve got a government that doesn’t have a plan, it’s important Labour lays one out for the British people.”

Starmer refuses to say if he’s moving Labour to centre

Sir Keir will use his speech to present himself as both a serious alternative to Boris Johnson and as vastly different from Mr Corbyn.

He will tell members the party will be “back in business” in his first in-person address to conference since becoming leader 18 months ago.

A Labour source said the leader’s speech will be “noticeably different from what you’ve heard from Labour in recent years”.

COVID-19: ‘It’s on all of us’ – Matt Hancock warns easing lockdown could be slower than PM’s timeline | Politics News