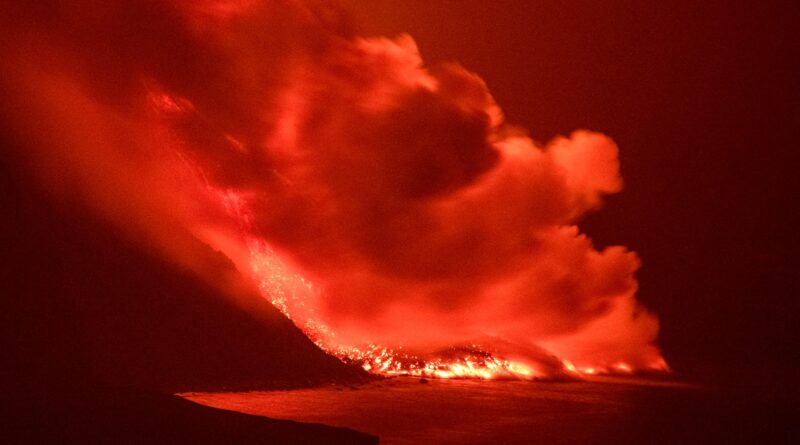 People on the Spanish island of La Palma have been urged to stay indoors due to toxic gas fears after lava from an erupting volcano reached the Atlantic Ocean.

Scientists have warned of breathing difficulties and irritation to eyes and skin due to the chemical reaction caused by the lava from the Cumbre Vieja volcano reaching the sea.

Along with warnings of toxic hydrochloric acid vapour being released into the atmosphere, officials in the Playa Nueva area also said there could be explosions.

The authorities said everyone within a two-mile (3.5km) radius of where the lava met the sea must stay indoors – and must try to close up gaps in their homes in an effort to keep out the toxic gases.

Nine days after it started to flow down the mountain, the lava fell into the ocean off a cliff at around 11pm on Tuesday, creating large clouds of white…

US relaxes guidance on masks outdoors 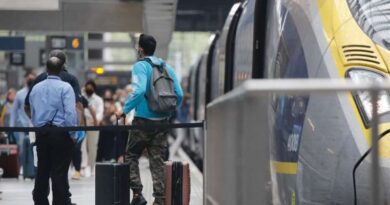 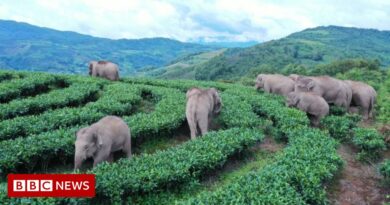