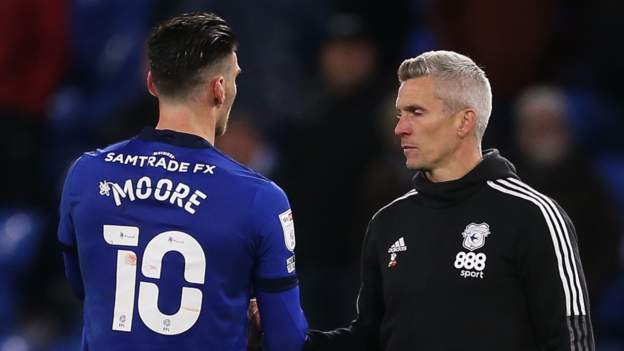 Cardiff City manager Steve Morison has insisted there has so far been no interest in Wales forward Kieffer Moore in the January transfer window.

Moore is sidelined with a combination of Covid-19 and injury but there has been speculation about a move away.

However, Morison insists there is nothing to discuss.

“Until someone gives us an actual phone call and says that’s happening it feels like a bit of a pointless conversation,” he said.

“Chris Wood signs for Newcastle and everyone will be telling me he is going to Burnley tomorrow. Someone puts it on social media and it causes an unnecessary storm.”

Moore, 29, was the subject of interest from Premier League side Wolves last summer after netting 24 goals for club and country last season, including for Wales against Switzerland at Euro 2020.

This term he has scored five club goals, with Championship high flyers Bournemouth mooted to be interested in a loan move for a player who has become a pivotal figure for Robert Page’s national team.

Having sealed a loan deal for Leeds defender Cody Drameh, Morison is keen to bring in more new blood, but would not put a figure on a number of targets.

He said: “I think competition brings out the best in everybody, you can see that. I don’t think we have had enough competition here. It has been too set in ‘these people play if they are fit’.

“You want to push and get the best out of people. Us asking and demanding only goes so far but seeing someone sitting next to you in the dressing room that’s trying to take your place adds a natural competition and hopefully bringing the likes of Cody in will see people step up their game.

“We will keep pushing each other and everybody knows they are one game away now from not playing.”

Striker Max Watters is available for the this weekend’s home game with Blackburn, having been recalled from his loan spell at MK Dons. 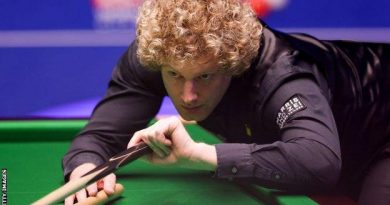 A-levels: Lower grades than estimated ‘not the best’