Kate Beckinsale has said Harvey Weinstein was verbally abusive towards her after a film premiere in 2001.

The actress alleges she was left in tears after Weinstein objected to an outfit she wore to a premiere, which he said made her “look like a lesbian”.

The disgraced movie producer was sentenced to 23 years in prison for rape and sexual assault on Wednesday.

Representatives for Weinstein said he was unable to respond to Beckinsale’s claims.

White suit instead of a dress

In an Instagram post which contains highly offensive language, Beckinsale uploaded a picture of her outfit and recalled her encounter with Weinstein.

The actress said she was reluctant to attend the premiere for her film Serendipity because it took place less than a month after the 9/11 terror attacks, which she says felt “disrespectful”.

But Beckinsale claims Weinstein, whose entertainment company Miramax distributed the film, “insisted” the premiere go ahead.

The actress agreed to attend the event as a result and was photographed attending wearing a white suit on 5 October, 2001.

However, she alleges, Weinstein invited her to his house so their young daughters could have a playdate the following morning, where he was verbally abusive towards her.

Beckinsale says Weinstein told her she had “ruined” his premiere by wearing the outfit.

“He said: ‘If I am throwing a red carpet you get in a tight dress, you shake your ass… you do not go down it looking like a lesbian’,” Beckinsale recalled in the post.

The actress said she was “screaming” and livid” after the exchange, which made her “burst into tears”.

Beckinsale said her two-year-old daughter and Weinstein’s young daughter were in the house at the time, but being looked after by Weinstein’s nanny in a separate room.

“I managed to get myself and my child out of there and yes that was one of many experiences I had that there was no recourse for, and falls under no felony,” Beckinsale said.

Some of the actress’s followers questioned the timing of her Instagram post and asked why she had waited until after Weinstein’s trial and sentencing to tell the story.

Dozens of women have come forward with allegations of sexual misconduct, including rape, against Weinstein since October 2017.

He has consistently denied wrongdoing and his lawyers have vowed to appeal against his conviction for rape and sexual assault.

Speaking in court on Wednesday, Weinstein saying he had “deep remorse” but described him and other men as “totally confused” by events, in comments seen as critical to the #MeToo movement.

Hours after being sentenced, Weinstein was taken to Bellevue Hospital in Manhattan with chest pains, a spokesman said. He had heart surgery after his conviction.

Actress Reese Witherspoon welcomed Weinstein’s sentencing, writing on Twitter: “A historical moment today. I am so appreciative of the women and men who spoke up about the abuse and harassment they suffered at the hands of Harvey Weinstein.”

In her Instagram post, Beckinsale said the movie mogul’s prison sentence was “a huge relief to me on behalf of all the women he sexually assaulted or raped, and I hope will be a deterrent to that sort of behaviour in this and any other industry.” 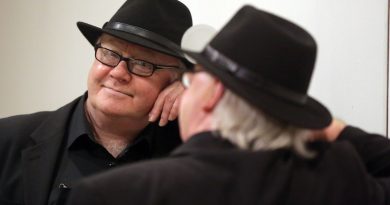 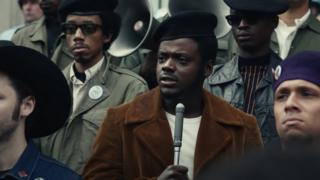 Daniel Kaluuya plays US revolutionary in Judas and the Black Messiah 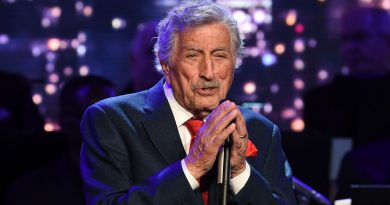