Liverpool manager Jurgen Klopp has agreed a two-year contract extension committing him to the club until 2026.

But the club have signed Klopp and his staff to longer deals at a time where the team are chasing a quadruple.

Klopp has guided Liverpool to five trophies since joining the club.

The Reds, who have lifted the Carabao Cup this season, remain in the hunt for the Premier League title and the Champions League, and face Chelsea in the FA Cup final on 14 May.

Klopp promised to turn supporters from “doubters into believers” when he joined a club who, at that point, had not been champions of England since 1990, and had gone three years without a trophy of any kind.

He guided them to a sixth European Cup success in 2018-19 but arguably his biggest achievement to date was in 2020, when he ended Liverpool’s 30-year wait for a 19th league title.

Klopp’s move to a high-pressing style has been a key part of Liverpool’s success. Under him, they posted 97 points to finish second in the Premier League to Manchester City in 2018-19 before reaching 99 a year later to lift the title.

T20 Blast: Essex edge out Somerset as Surrey miss out on top spot 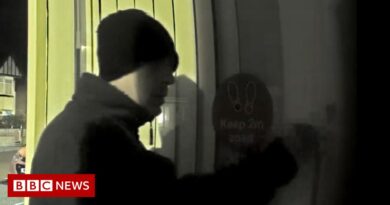 Man who glued lock of Gorleston vaccine centre is jailed