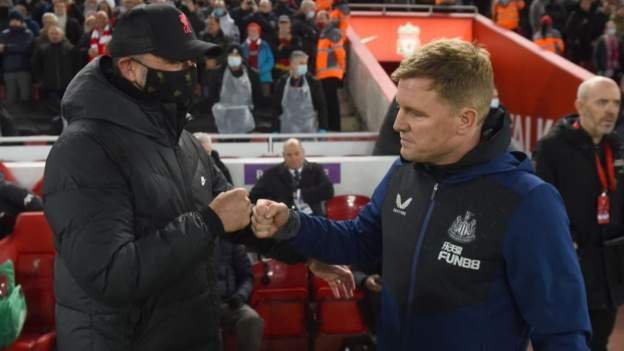 Liverpool boss Jurgen Klopp says he cannot see the benefit of stopping the Premier League over rising Covid cases but does not have a solution.

Five of the weekend’s 10 Premier League fixtures have been postponed, while Klopp had three players pull out before his side’s 3-1 win over Newcastle.

Klopp says all his players are double vaccinated and some have had boosters.

“Stopping the league is probably not the right thing but with the schedule we have to be more flexible,” he said.

“So far football kept it pretty much outside with the testing regimes, the massive disciplinary things for the boys did really well, but this time it is really difficult.”

On Wednesday, Brentford boss Thomas Frank called for this weekend’s top-flight fixtures to be postponed to let clubs deal with the outbreaks, but the Premier League is so far resisting that.

Newcastle boss Eddie Howe believes either all games should be postponed or all should continue to be played.

“I don’t think we want half the games played and half not played,” he said. “The league loses something if it becomes disjointed. A decision needs to be made for the integrity of the league.”

Liverpool visit Tottenham, whose game at Leicester on Thursday was postponed, on Sunday before facing the Foxes themselves in the Carabao Cup on 22 December.

The Reds then have two Premier League matches in three days, while Klopp is also worried about facing Shrewsbury in the FA Cup in January because of the low vaccination rate in the English Football League.

Liverpool were without Fabinho, Curtis Jones and Virgil van Dijk for Thursday’s game, but Klopp says the club did not ask for a postponement.

“It is pretty unlikely that once you have it, that it stays with three players – maybe [it spreads to] another three or four, then you have 13 players available to play on the 26th and 28th and that is impossible,” he told BBC Match of the Day.

Klopp also said he did not recognise half the Everton side that earned a 1-1 draw at Chelsea on Thursday, with the Toffees missing a number of players through injury and illness.

Everton boss Rafael Benitez said afterwards football can be “an example” in the current circumstances, adding: “We have to be sure the priority is the health of the people.”

Chelsea boss Thomas Tuchel was also missing players after four tested positive – Romelu Lukaku, Timo Werner, Callum Hudson-Odoi and the injured Ben Chilwell – but says he does not want to get involved in “politics”.

“We are all worried about Covid, it is close to us, we had four positives,” he added. “Other games get cancelled, ours didn’t so we have to do our best to win it.”

Asked if Chelsea had wanted the game postponed because of the Covid cases, Tuchel added: “No, we did not discuss one second about it.

“I don’t even know the rules and am not interested in knowing them, I just prepare my team. We knew at 12 who was ready to play and who was out.

“And the focus is always for the guys who play. Whether the game gets called off or not is none of my business.” 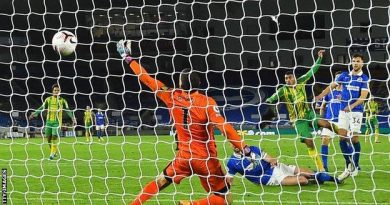 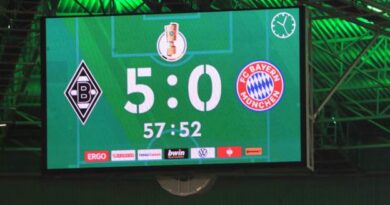 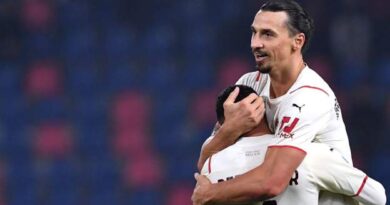 However, Meat Loaf was ill-prepared for the demands of overnight celebrity and continuous touring. Overwhelmed by his new star status,

An American Airlines plane bound for London turns around because a passenger refused to wear a mask. Read more BBC