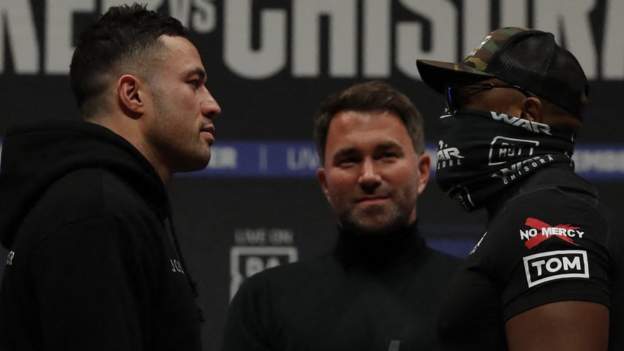 Heavyweights Joseph Parker and Derek Chisora meet again in a pivotal fight for both men in Manchester on Saturday night.

British light heavyweight Joshua Buatsi will be ringside for the fight and is backing compatriot Chisora.

“I think Chisora is going to do it,” Buatsi told BBC Sport.

“Parker is a very good fighter and was heavyweight world champion at a very young age.

“The experience he’s got, he’ll be confident he can do what he needs to keep Chisora off. He might say ‘let’s meet in the middle of the ring’ so it’s interesting to see what happens.”

“Chisora can break your heart before he breaks your heart,” Groves said.

“Write Chisora off at your peril but I think Parker wins and I wouldn’t be surprised if Parker wins with a late stoppage.”

Is Parker missing a nasty streak?

Anthony Joshua would take that belt from Parker two years later in Cardiff and the New Zealander has been pushing for another world title shot ever since.

A defeat to Dillian Whyte right after his loss to Joshua was a big blow to his reputation but 29-year-old Parker has since won five fights in a row and switched trainer to Andy Lee.

The popular idea is that Parker is the ‘Mr Nice Guy’ of heavyweight boxing and perhaps brings too much of that jovial side with him into the ring.

Chisora, 37, has already pinpointed this supposed weakness: “He might tell you himself he wants to fight, but really and truly, he don’t want to be there.”

Buatsi, however, doesn’t think Parker is missing a nasty streak.

“I wouldn’t say Parker is missing something,” he said.

“Some people don’t have to be nasty,” Buatsi added. “They’re just very good boxers, hard to hit and hard to engage with. They’re doing all the hitting and you can’t hit them, so they don’t need to be nasty.

What will be different from the first fight?

The British heavyweight has made no secret of his strategy.

“Parker needs to prepare and see whether he can handle that aggression.”

After losing the first fight so narrowly, Chisora remains convinced he won. Parker is equally convinced but conceded he cannot afford to use the same gameplan twice.

“I want to actually back myself, my speed and power, instead of floating around and just waiting for the opportunity,” he said.

“With the last fight we had, I didn’t really stand there and trade and back myself. I was always on the back foot. I was waiting for him to set the pace, corner me, put me on the ropes.

“That’s not exciting and not what gets you a dominant win.”

Could Chisora retire if he loses?

It was 2012 when Chisora fought Vitali Klitschko for the WBC heavyweight title. The veteran will turn 38 later this month and has been involved in a whopping 43 pro fights.

Chisora is a staple in the British boxing scene and for fight fans, appears to be the gift that keeps on giving.

“The people love Chisora,” Buatsi said. “When he’s fighting, the people know he’s going to come and put on a show. People are always stopping him to take photos. He’s genuinely liked by the public.

“Things that he’s done, some people wouldn’t agree with while others find it entertaining. Let him do it. Let him throw the tables, let him cause a fuss – some people like that.

“But I know the public likes him. When he fights, they turn up. I expect the same on Saturday and a great fight.”

Chisora has built his stardom with unlikely comebacks. Defeats may have been a regular occurrence in his career but in recent years he has taken the craft a little more seriously when it comes to fitness and training.

He is now trained by Tony Bellew’s former coach Dave Coldwell and although a 12th loss of his career might spell the end for Chisora’s fighting days, you simply cannot write off the seemingly evergreen heavyweight. 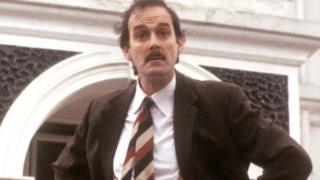 Gordon Taylor: PFA chief executive to stand down at end of season