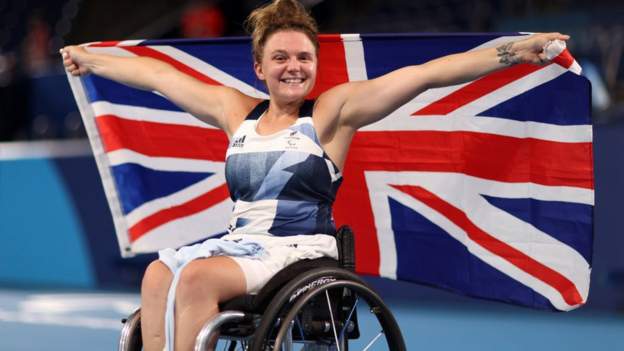 Britain’s 13-time Grand Slam champion Jordanne Whiley has announced her retirement from wheelchair tennis, saying she leaves with “no regrets and a heart filled with pride”.

“Tokyo was the perfect ending to a successful career,” she posted on Twitter.

This year she also won the Wimbledon doubles title with Japan’s Yui Kamiji.

The pair, who are also best friends, won the Calendar Slam in women’s doubles in 2014 and a total of 12 major titles together.

Whiley became the first British female wheelchair tennis player to win a Grand Slam singles title when she triumphed in the 2015 US Open.

“I have lifted many titles and received many honours, but nothing compares to the people I have shared it all with and the experiences I have had along the way,” said Whiley, who is Britain’s most decorated female wheelchair tennis player.

“Although it feels weird to be leaving such a huge chapter of my life in the past, I know this is the right time to move on to other great things.”

Born with brittle bone disease, Whiley first took up tennis at the age of three and became Britain’s youngest national women’s singles champion in 2007 at the age of 14.

Whiley, who received an MBE in 2015 for services to wheelchair tennis, won the 2017 Wimbledon doubles title while pregnant and when she returned to the sport following the birth of her son she won three more Grand Slam doubles titles.

Nicolas Jarry: Chilean gets doping ban backdated and can return in November 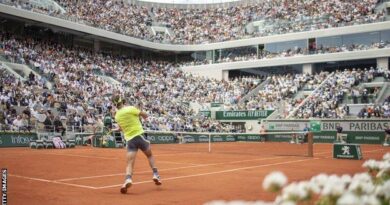 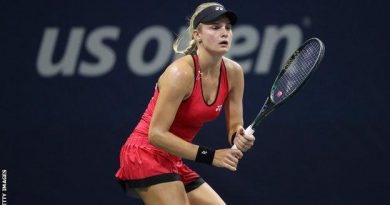