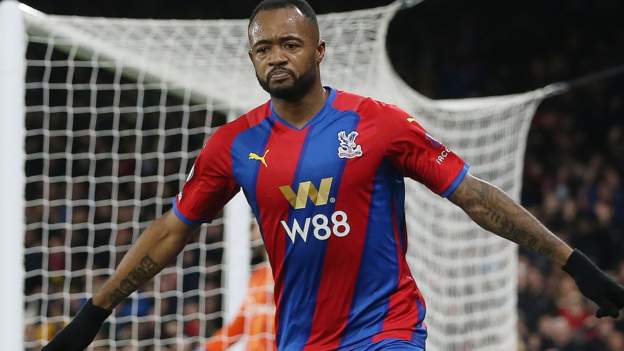 Crystal Palace forward Jordan Ayew has thanked manager Patrick Vieira for his support after ending his 42-game goal drought in the Premier League.

The Ghana international’s previous top-flight goal had come in a home win over Leeds on 7 November 2020.

“It is a relief. I knew it would come at some point because I have been working really, really hard,” Ayew told BBC Sport.

“I was happy for myself – personally for my confidence, which is important – and obviously for my family, friends and especially the manager, who has been really supportive with his staff.

“Since the first day the manager came in, he told me that he has big faith in me and believes in me and that I should keep working hard and it would come.

“It took a bit but today it paid off. We are all glad but it is just the beginning and I need to keep on working to be better.”

Ayew did net for Ghana during his barren spell at club level, scoring from the penalty spot during an Africa Cup of Nations qualifier against Sao Tome and Principe back in March this year.

He has been a vital cog for Palace this season – starting 13 of their 17 Premier League games – and Vieira praised Ayew’s work-rate after the match at Selhurst Park.

“There is no player who works as hard as he does in games for the team,” the former Arsenal and France captain told the BBC.

“The only thing he needed was to score a goal and he managed to do it. I am really happy for him.”

Ayew slotted in from a tight angle at the far post after Saints keeper Willy Caballero had denied Odsonne Edouard.

After spurning more presentable chances during his goal drought, which had stretched to 44 games for the south Londoners in all competitions, the former Marseille, Aston Villa and Swansea City man believes he was due a stroke of fortune.

“I have been really unlucky for a time, so today the luck was on my side,” Ayew said after the game.

“I control what I can control and just focus on that. Today it went my way and I’m happy.

“The most important thing for me is to work hard for the team – the rest I just leave in the hands of God.”

Former Liverpool, Fulham and England midfielder Danny Murphy thinks the goal will do Ayew “the world of good”.

“He’s been playing out on the right-hand side and played really well at the weekend,” Murphy added. “He keeps the ball well and links the play well but he does need to score more.”

Ayew is expected to be named in the Ghana squad for the 2021 Nations Cup, which begins in Cameroon on 9 January. The Black Stars have been drawn in Group C alongside Morocco, Comoros and Gabon. 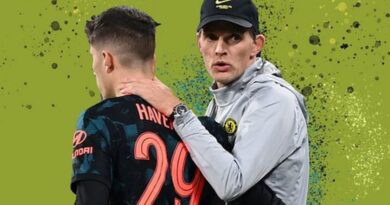 Thomas Tuchel: Chelsea need to get back to basics after 3-3 draw at Zenit St Petersburg 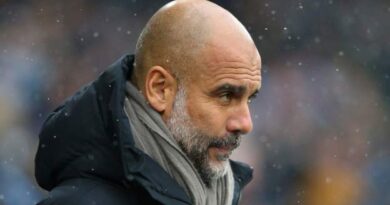