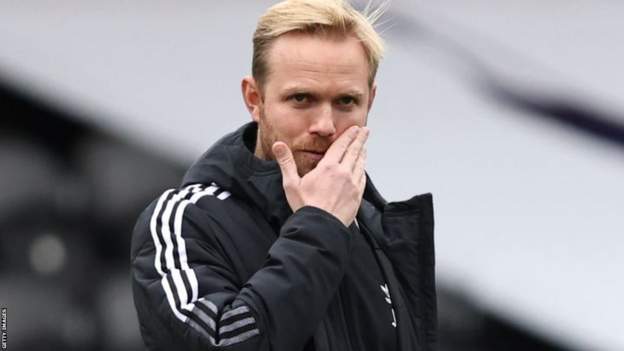 Arsenal manager Jonas Eidevall said there is “very little transparency” on Covid-19 cases which have led to Women’s Super League games being postponed.

The Gunners play Birmingham on Sunday in one of just three WSL games this weekend.

Eidevall said he would not share how his squad was affected this weekend.

“We have some unavailable players but we want to play football matches. We take pride in playing matches,” said Eidevall.

“Every team has injuries, or maybe illness, but right now there is very little transparency around that.

“You don’t get any transparency from anyone to say which players are available or not available, you just get a message from the FA [Football Association] to say that the game will be postponed.

“So I’m not going to share anything. Games can be called off and as the direct opponent, who has prepared all week to play, you don’t get any reasons as to why it’s called off. We have the players we have and we are prepared to play games.”

League leaders Arsenal were due to play Brighton on 19 December before the FA made the decision to postpone the game because of concerns over ongoing Covid-19 issues.

Manchester City v Reading and Chelsea v West Ham had already been called off that week.

Eidevall questioned the decision to postpone the Brighton game and reschedule it after a transfer window, which has already seen their opponents sign two Swedish internationals.

“We wanted to play Brighton before Christmas, I still don’t know why the game wasn’t played or what was going on,” he said.

“You don’t get any transparency from anyone on which players are available.

“We are doing everything in our power to be able to play that game and now we’re postponing that into a period where we’re losing four players to the Asia Cup and we’re in a transfer window where they will register new players to be able to play in that game… Is that fair? Why would a club be punished that are ready to play?”

Asked whether teams were taking advantage of a lack of transparency, Eidevall said he found it “weird”.

“I don’t know, because I don’t have any transparency into the decision-making process,” he added.

“I do find it very weird that you can’t play games because you have big squads, you have young players in the academy that probably are practicing with the first team and come in and play.

Eidevall also suggested squads could do more to limit the impact of Covid and those who are, are being punished by current protocols.

“The way you manage player availability and injuries is a big part of being a manager,” he added. “It’s also important to not have players ill, so you can have many different protocols in place.

“You can be really consistent with your testing, your social distancing and have digital meetings instead of physical meetings. It’s complicated in a football environment, but you can take it to an extreme to minimise the risk of spreading Covid.

“You have one team who is doing that and avoiding spreading cases, and then you have another team who has zero control over their environment. Then they say they want to postpone a game because they don’t have players available.

“I understand in some cases it might be so extreme that you cannot play the game because it is still a pandemic. That is why I think it is important to be really transparent so we know that everyone is doing everything in their power to play football matches.”

BBC Sport has contacted the FA for a response. 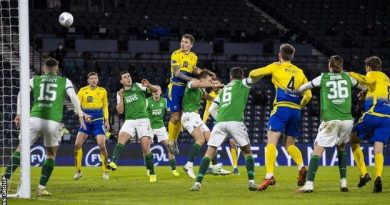 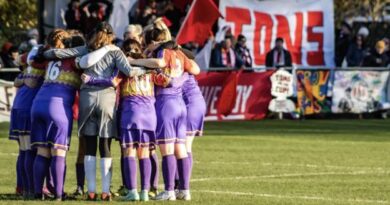