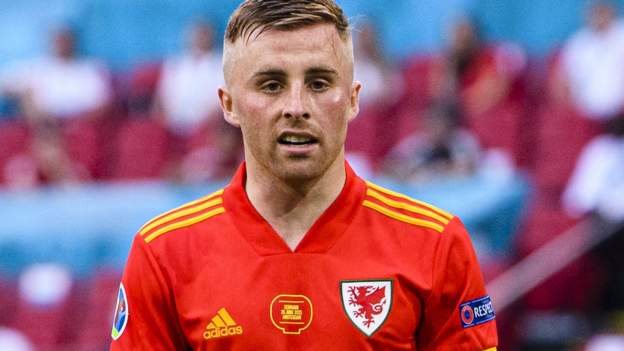 The 24-year-old midfielder has agreed a three-year contract, with the club having an option to extend the deal by a further 12 months.

Morrell only made 11 appearances for the Hatters after joining last October.

The former Bristol City man started all three of Wales’ group games at Euro 2020 this summer, as well as the last 16 defeat by Denmark.

Morrell previously played under Pompey boss Danny Cowley during a loan spell at Lincoln during the 2019-20 campaign.

“Joe will bring a really infectious energy and enthusiasm to our team,” Cowley told the club website.

“It was great to watch him in the Euros over the summer and he’s a really talented player, who will offer calmness on the ball.”

Find all the latest football transfers on our dedicated page.

Wayne Pivac: ‘We’ve got a chance to take the Grand Slam

Covid-19: Running a roadside van when a pandemic cuts traffic