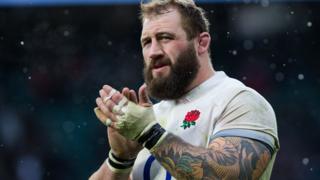 “This kind of stuff happens all the time in rugby, but it’s usually on the sly.”

The incident, and the subsequent 10-week ban handed out as punishment, has been the subject of lots of discussion – with some suggesting it’s normal in rugby and others saying it’s not.

Harry Jackson, a 26-year-old rugby player, says it was a surprise to see what Joe Marler did – but not for the reasons you might think.

“People tend to do it at the bottom of the ruck where they can’t be seen, so to do it in front of everyone was quite surprising.”

Harry says it’s important to contextualise what happened, and that players try “all sorts of silly stuff” to try to provoke a reaction from players.

“Things like giving someone a little kiss, pulling shirts, patting people on the head – or a grope like Joe Marler.”

It’s to “wind people up” and gain an advantage by getting someone penalised or sent off, Harry says.

Jon Hicks, also a rugby player, agrees with Harry – but doesn’t consider it as a big problem because “players laugh it off”.

The 24-year-old says trying to provoke players is “massively prevalent” at the lower levels of the game but thinks it’s “taken as banter” due to the lack of media attention.

It is against the rules though.

World Rugby says “grabbing, twisting or squeezing the genitals” is not allowed and is punishable by a ban.

And lots of people on social media claim what Joe Marler did was sexual assault.

Harry says he “completely understands” that point of view.

“Especially as a large public audience is watching these games – including people who don’t watch regularly.”

He thinks what happened wasn’t malicious and shouldn’t happen “in front of millions of people”.

But Harry also says likening it to sexual assault “could cheapen people who suffer actual dangerous sexual assaults, so this kind of conversation may not be that helpful”.

‘It crossed a line’

According to Jon, even if Joe Marler was engaging in “banter and provocation”, the punishment was correct.

“I think there has to be a line drawn, especially on the level he did it at – international rugby. It crossed a line.”

Jon says the ban “sets a precedent for rugby and society”.

“Imagine if a famous person can go on live TV and nothing happens – then you might think ‘What’s the issue with me doing it?”https://www.bbc.co.uk/”

Harry has experience of being provoked during rugby matches.

“At the end of a game I was playing, we conceded a late try, and one of the opponents had been attempting to wind people up by trying to kiss people and pat them on the head.”

He says it escalated because the behaviour was not punished.

“So I got sent off for reacting and had to miss five weeks of playing, which is really frustrating.”

Despite retaliating himself, Harry says it’s different for Joe Marler.

“Because those professionals – fair or not – have to be held to a higher standard than average players in a club game.” 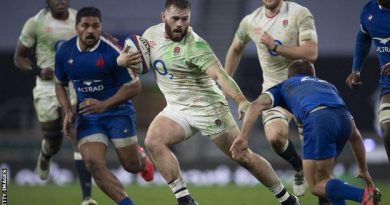 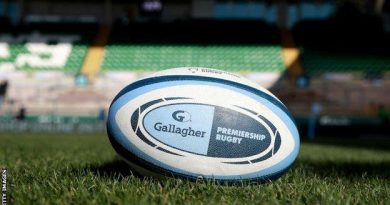 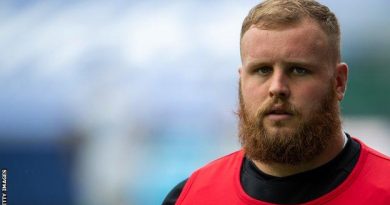