Despite surgery and four months of rehab, Jess Fishlock was in such pain that she could barely get down the stairs – and wondered if football was really worth it.

Wales’ most capped player, a Champions League winner, with multiple titles to her name – did she really need to keep putting her body through this level of agony?

“It was a very low part for one… and then also it was just kind of like… I’m almost at the end anyway, do I really have to push myself through this?” Fishlock told BBC Radio Wales.

“Am I happy with my career? And the answer is yes, I don’t have anything else to do or to prove really. Am I content? And my answer was yes. I’m so content with everything I’ve done and achieved.

“I think the only thing that kind of got me out of that was that I didn’t want an injury to retire me.”

It was in July 2019 that Fishlock suffered a ruptured anterior cruciate ligament (ACL) and double meniscus tear in her knee playing for Seattle Reign in the United States.

The injury came just six weeks after she helped Lyon, where she was on loan, to win the Champions League for a fourth straight year.

Fishlock quickly came off her prescribed medication because of a fear of being addicted to opiates.

“I have an addictive personality… even stopping taking them after four days was difficult,” she said.

“I don’t think even I realised how difficult the recovery process is. I think I didn’t realise how difficult it would be with the fact I had a double meniscus tear as well.

“I thought it would be painful at the beginning and then in a month I’d be all right and could start doing some stuff.

“But you know I couldn’t walk down the stairs properly even at three or four months. That’s a long slog to even do the basics of things, so the initial period just knocked me for six. The recovery was a lot harder than I thought it would be.”

Salvation for Fishlock came through friends, family, her club and one key Wales team-mate.

“I’ve had some great people looking out for me,” she said.

“The Reign have been unbelievably supportive. They sent me away to Australia, I worked with a specialist, did everything I needed them to do and now – touch wood – I am feeling really good.

“I obviously spoke to my family at my lowest points and they were like: ‘Do you really want to have this be the way that it ends? Do you not just want to end it on your own terms?’ And I thought: ‘Yes, you’re right, I do.’

“So then you have to find the mental strength to go through it. And to be fair that’s what it is. It’s all mental. It’s such a long, hard injury.”

Being able to call upon a Wales team-mate and friend who had suffered the same injury was another help, with Reading midfielder Rachel Rowe always on hand to answer questions, having missed a year of action with the same injury.

“I was really lucky to have Rachel, because the amount of text messages she got from me… Bless her cotton socks, she was like my little mentor,” Fishlock said.

“I could ask: ‘I’m feeling this, is this normal?’ She’s like: ‘Yeah.’ So I was lucky because I had a couple of people. Kimmy Little from Scotland is another one, who had just gone through it. That really helped me get through it. I was lucky with that.”

Fishlock is continuing her rehabilitation in Seattle, where she is on lockdown until the end of May because of coronavirus restrictions in Washington state.

While the documentary Tiger King and painting by numbers are filling her time in between knee strengthening sessions, Fishlock admits she is day dreaming about a major finals appearance before retirement.

Success on the international stage remains the only thing missing on the 33-year old’s CV.

Euro 2021 has been pushed back a year to 2022, with Wales currently second in their qualifying group and most likely to be fighting for a play-off berth.

Fishlock could also be in contention for a place in the Great Britain set-up at the Olympic Games in Tokyo, also postponed by a year to 2021 because of Covid-19. However, her focus is very much on Jayne Ludlow’s Wales.

“I think for me everything I do right now, every decision I make with regards to my football will be geared towards 2022 and qualification with Wales,” she said.

“I’ve been trying to qualify with Wales for my whole career.

“I really want to go to a major tournament with Wales more than anything and so I just found that motivation to help me get through this injury.

“It will mean carrying on playing until I am 35, but I do think I’ll be fine to do that. If anything I think I’m probably going to be better, physically.

“I haven’t had a break for such a long time that actually I think a break was really good for me… I’m not worried about that.” 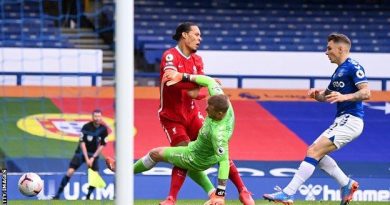 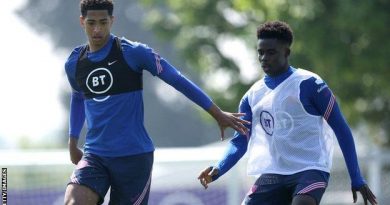