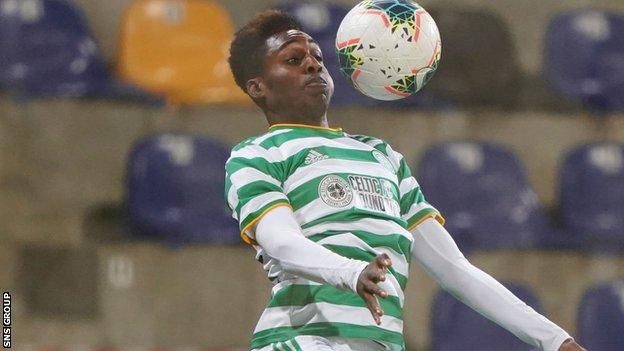 
Celtic have accepted a “robust offer” for Jeremie Frimpong, after the full-back “made it clear he wanted to leave”, says manager Neil Lennon.

The 20-year-old Dutchman is currently abroad finalising the transfer.

He moved to Celtic Park on a four-year deal from Manchester City in September 2019 and has scored three goals in 51 appearances for the Glasgow club.

“The club received a really robust offer and we felt it was good business,” revealed Lennon.

“He made it clear to me and to the board that he wanted to leave.”

Celtic paid around £300,000 for Frimpong, with Lennon refusing to divulge the identity of the bidding club and saying he did not know if Manchester City had negotiated a percentage of any future sell-on fee.

“This hasn’t appeared in the last couple of days, it’s been in the background for six or seven weeks,” he added.

“The club had made strides to renegotiate with Jeremie and his representatives but it wasn’t the case. I wouldn’t say he was unhappy. Ambitious maybe, or he wanted to try something else to progress his career.

“We are obviously very disappointed. We did everything we could to try and entice the player to stay.

“He’s come in for £300,000 and we could sell him for a huge amount of money, so it’s credit to the development of the player and what the coaches and the club have done for him that a couple of top European clubs have shown an interest.”

Without going into any detail, Lennon acknowledged that other players had asked to leave earlier in the season but said he did not expect any more departures this month.

As Celtic trail a long way behind Rangers in the Premiership, speculation over Lennon’s future continues, but the manager said he was “looking to bring players in”, possibly on loan.

“We’re looking at a number of positions and a number of options. I think we’re a bit of a way down the line with one or two,” he said. 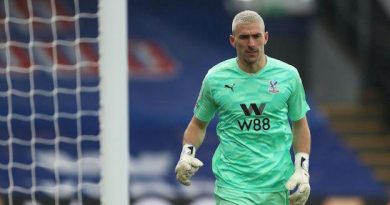 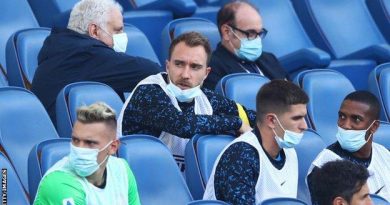 Christian Eriksen: How did ex-Tottenham midfielder’s Inter Milan dream turn into a nightmare?