It emerged this week that Norwich City and NI left-back Lewis was a target for the Premier League champions.

“You want to have as many players playing at the highest level and we don’t have enough,” said Baraclough.

“If Jamal was to go there to work with the likes of Jurgen Klopp and the squad he has assembled it would be a massive boost to his career,” he added.

Baraclough, appointed to succeed Michael O’Neill in June, nurtured Lewis during his spell as NI U21 manager and the defender has gone on to establish himself in the senior squad in recent years.

Norwich have been relegated from the Premier League, as have Craig Cathcart’s club Watford, but Stuart Dallas has moved in the opposite direction, being promoted from the Championship with Leeds United.

“The pool of players we are picking from probably isn’t of the same level of the teams we are competing against so the more players we have playing regularly at the highest level the better,” argued Baraclough.

“If the move goes through for Jamal it would be very exciting – it’s a move that I wouldn’t be able to turn down – going to the newly crowned Premier League champions.

“Why wouldn’t you want to go to Liverpool and sign for them?”

‘Door not closed’ on Norwood

The new NI boss confirmed that he had spoken to another Premier League player, 57-times capped Sheffield United midfielder Oliver Norwood, who retired from international football 12 months ago.

“Oliver is happy with his decision and I respect that decision, but the door isn’t closed on him and I would ask the question again,” said Baraclough.

“I’m disappointed because he is a top player who has done it for the last few years consistently at a really good level with Sheffield United.

“He has pointed out that that not coming away for the international games has allowed him to flourish at his club and maintain those levels for longer.”

Baraclough is now focused on preparing for his first two games in charge – a Nations League double-header away to Romania on 4 September and at home to Norway on 7 September.

His squad will train in Belfast ahead of the matches but the former Motherwell manager will be monitoring events in Romania, where the spread of coronavirus remains high.

On Thursday, Uefa indicated that playing some of the matches in the September international window at neutral grounds could be a possibility.

“Clearly we don’t want to put anyone at risk but we trust what Uefa and the authorities are saying. Looking after the players and staff is paramount.

“We’ll be guided by the authorities and that could be last-minute stuff but at the moment I am preparing to take a team to Romania to play a game and travel back.” 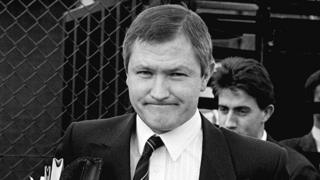