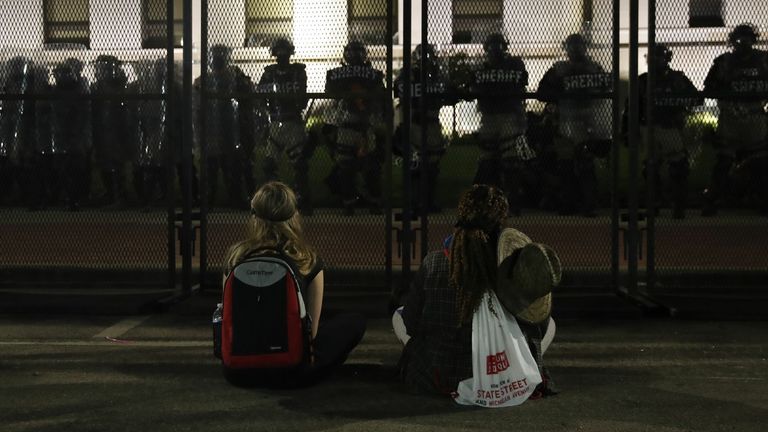 “Not everyone out here wants to loot, wants to burn, wants to smash things to pieces,” says a protester on the streets following the police shooting of Jacob Blake.

The 29-year-old black man, who did not appear to be carrying a weapon, was shot eight times in Kenosha, Wisconsin, on Sunday while trying to break up a fight between two women.

The incident was captured in a graphic video apparently filmed by a bystander across the street – and protests have since continued to take place in the city, some have erupted into rioting and looting.

Sky News spoke to people who were not involved in last night’s violence, but wanted to make their voices heard, peacefully.

“It’s a way to get your point across,” he said of the protests.

“Honestly, I don’t condone the violence and the looting.

“But what other way are the people trying to get their point across going to make you feel their anger without people turning a blind eye?

“Yeah, it’s going to get a bunch of negative attention, but this is a way that they’re showing you that we are hurting.

“We’re going to make you hurt from hurting us for this long, and ignoring that we’re hurting.”

“Everyone came out here to show their support, we wanted to come out and document and show that we can be peaceful, not everything, not everyone out here wants to loot, wants to burn, wants to smash things to pieces.

“I think with our current political situation, America seems stuck.

“But within communities and within the local places, it seems like change is actually happening.

“It’s on a smaller scale, but you need baby steps to actually take that giant step of actual change.”

“I’m here because a young man was shot seven times in his back.

“This is happening all over our country, we’re sick of it.

“We’re tired. We need answers. We need reform, we need repeal of laws.

“The white privilege has to stop for human beings, I mean we’re not asking for anything special, we’re just asking to be able to move about our homes and return safely.

“My son should be able to leave my home and I don’t have to worry.

Dionisse was working as a volunteer first-aider

“It shows solidarity and community and support for the movement and the revolution that we want.

“But I do believe that we need to find a better way to stand up and protest, as being out here is dangerous for everyone and it’s just causing violence and fighting.

“But, yes, I do support these protests. And I do see value in them.

“I do foresee real change.

“These protests show that we are serious, that we as a community are demanding change, that we are going to change and this is the revolution. 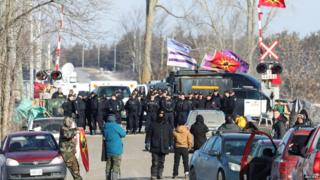 Five reasons why Canada’s ‘shutdown’ is a big deal

US bans dog imports from more than 100 countries