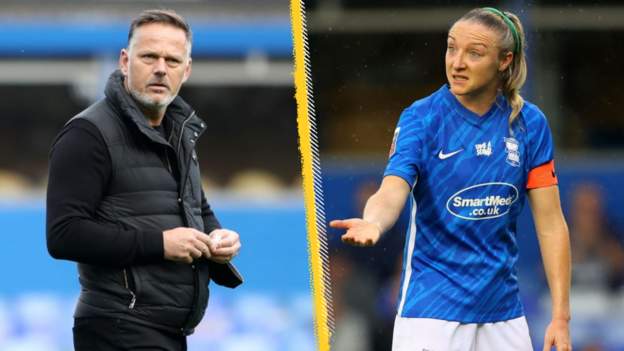 Birmingham City are in the hunt for their third women’s team manager in less than seven months – but are the problems deeper rooted than those on the pitch?

When Carla Ward resigned in May – a year before her contract ended – it was following a season of turmoil, during which it got to the stage where players wrote to Birmingham’s hierarchy to protest at issues regarding facilities and resources.

Earlier that season, Birmingham had pulled out of a league fixture because of a shortage of available players and the team also had some fixtures at their previous Damson Park home postponed because of the poor condition of the pitch.

But it seems a number of these issues have still not been addressed by the club.

He took the job expecting change but BBC Sport understands members of the women’s set-up have still been made to feel “second-class” within the club.

Players have continued to raise issues through a leadership group within the team, while Booth faced constant battles with those higher up to improve basic facilities and logistics.

It is understood it took several months for the women’s team to be given a regular training slot – often having to change pitches and wait for the schedule of youth teams to be decided.

Use of gym facilities was also restricted by schedule with the women largely only able to use them later in the day.

The use of the club’s canteen was often restricted to outside of regular meal times, while players washed their own kit for the first few weeks of the season before a facility was put in place.

They have also been using two small dressing rooms – often used by youth teams – which sources say was “inadequate” for the women.

Why was Booth sacked?

The sacking of Booth came as a shock to both players – who he is believed to have been popular with – and staff members.

He arrived with an impressive CV, having guided Glasgow City to six SWPL 1 titles and two Scottish Cups in six years.

BBC Sport understands Booth was given the impression he could sign foreign players during the summer transfer window but that Birmingham then told him four days before it closed that he couldn’t.

He was told that the club had not paid a fee that essentially enabled players from overseas to acquire work visas – meaning Booth had to abandon plans to pursue a number of foreign targets that had been identified, and look elsewhere at short notice.

In a club statement, general manager Sarah Westwood said “results have fallen short of our expectations” but staff believed their goal was to avoid relegation.

As it stands, Birmingham sit one point above bottom club Leicester City.

Where do the club go from here?

These are worrying times for Birmingham’s fans – their team have the WSL’s lowest playing budget in the WSL, another managerial recruitment process is under way and transfer activity is on the back burner with just over a month until the January window opens.

But if last season’s public outcry from players and Ward’s resignation failed to enforce change, will anything develop following Booth’s sacking?

In May, Xuandong Ren resigned as chief executive, and there was hope that the change might provide the impetus for the club to make the women’s team a greater part of their operation.

However, investment is still lacking and – despite the women’s home matches moving to St Andrew’s this season – there remains a disconnect.

As recently as 2017, Birmingham were FA Cup finalists. Less than 10 years ago, they were challenging for league titles.

But if the women’s team are to succeed in the WSL, Birmingham must match the investment of clubs coming into the league – such as Leicester City – and those around them in the table.

Whoever replaces Booth has a tough job, as a rebuild is needed off the pitch as well as on it.

BBC Sport has contacted Birmingham City for a response on the issues raised. 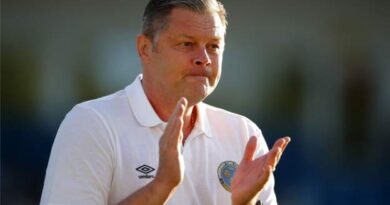 Steve Cotterill & Covid: ‘I was frightened to go to sleep in case I didn’t wake up’ 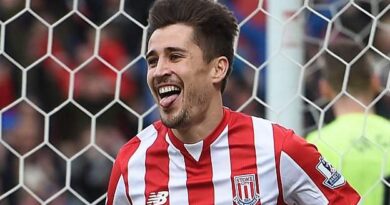