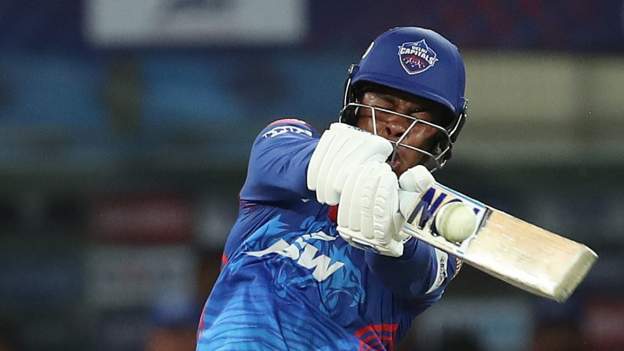 Chasing 137 to win, Shikhar Dhawan made 39 before West Indies’ Shimron Hetmyer composed an unbeaten 28 from 18 balls as Delhi won with two balls left.

Chennai made 136-5 with Ambati Rayudu top scoring with 55.

A top-two finish means teams have two opportunities to qualify for the final, which is on 15 October.

Delhi move to 20 points, above Chennai on 16, but both can be caught by Royal Challengers Bangalore, who play the Capitals in their final group game.

Demoted Hetmyer sees his side home

Delhi always seemed to be in control of their chase until Dhawan, who took 21 off Deepak Chahar’s third over, was caught in the covers by Moeen Ali to leave last year’s runners-up 99-6.

It was the second wicket in a Shardul Thakur over that also saw Ravichandran Ashwin bowled by a superb yorker.

Ashwin, who was part of a match-winning partnership in Delhi’s last game, was promoted up the order and above Hetmyer – with captain Rishabh Pant saying afterwards it was to keep a left and right-hand combination – but the move was unsuccessful with the spinner making only two.

The left-hander, who had been in poor form, hit a glorious straight drive to the boundary before getting a slice of fortune when he was dropped by substitute fielder Krishnappa Gowtham at long-on.

Hetmyer made the most of his life to whip a massive six over square leg and his partnership of 36 with Axar Patel got Delhi into a position where Kagiso Rabada could come in and flick to the boundary for the win.

As well as a consistent team and brand of cricket, Chennai’s success in this year’s IPL has been built on a successful opening partnership between Faf du Plessis and Ruturaj Gikwad.

Going into Monday’s game they had scored 968 of Chennai’s 2,098 runs in this season’s tournament – which amounts to a massive 46%.

They again started well, racing to 28 off 2.3 overs, before both fell in quick succession, exposing a middle order that hasn’t been required to bat often, or for long periods.

Robin Uthappa, making his first appearance of the season, made 19, but England all-rounder Moeen flicked tamely to deep mid-wicket to fall for five.

Ambati Rayudu and MS Dhoni dragged Chennai up to a respectable score, with a 60-run partnership in almost 11 overs, but it felt under par.

Dhoni, as has often been the case in recent years, chewed up balls, taking 27 to score his 18 – his lowest tally in the IPL when facing more than 25 balls – and that left Ravindra Jadeja underused, and Dwayne Bravo and Shardul Thakur – who can all clear the boundary – unused.

After the game Dhoni said his side were “probably 15 short”. 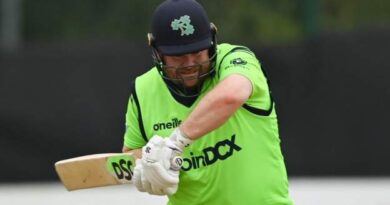 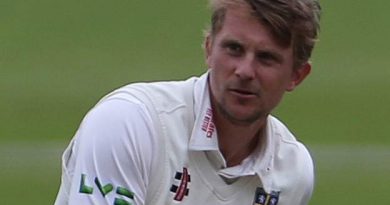 County Championship: Nottinghamshire top Group One after draw at Durham 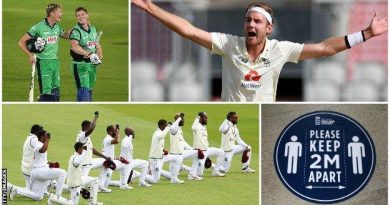