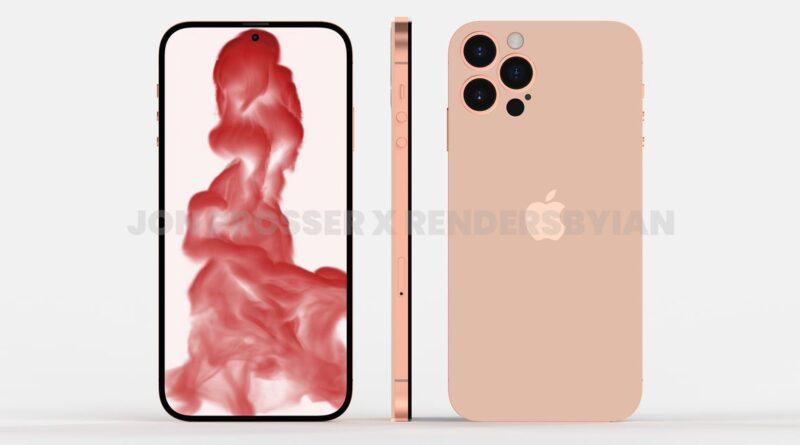 The iPhone 14 was trending on Twitter even before Apple announced the iPhone 13, and the rumor mill for Apple’s 2022 smartphone is just heating up. Unveiled at a virtual event in September (alongside the Apple Watch 7, iPad Mini 6 and iPad 9th gen), Apple’s latest flagship phone lineup, which includes the iPhone 13 and 13 Mini and iPhone 13 Pro and 13 Pro Max, is on sale now, though COVID-related supply chain disruptions have already delayed delivery windows by several weeks.

The iPhone 13 brought several design changes and new features that Apple fans have been asking for — and whispering about in the ever-thriving Apple rumor market — including a 1TB storage option, new colors and a 120Hz refresh rate. As for the rumors that didn’t come true, well, there’s always next year.

We don’t know much yet about the iPhone 14’s release date, price, or other specs and features. The biggest rumors so far include a new notchless design (yeah, we’ve heard that one before) with a hole-punch front camera, under-display Touch ID, a more durable titanium alloy body, the elimination of the chunky rear camera bump, a shakeup of the four-phone lineup with new screen sizes and the death of the iPhone Mini. We’ll update this story as new information becomes available.

iPhone 14 lineup rumors: Will there still be 4 phones?

We don’t know much about the iPhone 14 yet, but we’ve heard that Apple’s next lineup will nix the Mini and focus on larger phones instead. A July report from Nikkei Asian Review predicted the death of the iPhone 14 Mini, and an April research note from analyst Ming-Chi Kuo obtained by MacRumors also suggested that the Mini was not long for this world. However, Kuo reported, the iPhone 14 lineup will still comprise four models, a “high-end” and a “lower-end,” with two size options for each.

While name speculation isn’t as germane to the discussion of Apple’s 2022 lineup as it was for unlucky 13, rumors suggest a small shift in naming conventions, with an iPhone 14, iPhone 14 Pro, iPhone 14 Max and iPhone 14 Pro Max, with “Pro” designating higher-end specs and “Max” referring to the larger screen size.

Apple’s last two iPhone lineups have featured the same 6.1-inch size for the base model, going up to 6.7 inches for the Pro Max. According to the same July Nikkei Asian Review report, Apple will stick with these screen sizes for the iPhone 14, nixing the 5.4-inch Mini. Reports showed sluggish sales of the iPhone 12 Mini, so it’s no surprise that Apple is retiring the small phone in 2022.

It’s too soon for any reputable release date rumors for the iPhone 14, but we expect Apple to hold its annual fall iPhone event in September 2022, as it does almost every year, with the phones being released shortly thereafter, usually the following Friday. Sometimes Apple will stagger release dates for specific models, especially when introducing a new design or size. So it’s possible that the iPhone 14 lineup will have more than one release date.

Read more: When is the next Apple event?

Here’s what we know:

A few years ago, CNET took a deep dive into the Apple event timeline and emerged with a compelling Labor Day hypothesis, which you can read about here. Based on the 2022 calendar, the Labor Day rule would put the September Apple event (and unveiling of the iPhone 14) on Sept. 7, with a Sept. 16 release date. However, our Labor Day hypothesis was a week off for 2021 — and, because of coronavirus delays, about a month off in 2020.

There’s no word either way on iPhone 14 pricing, but Apple didn’t make any big price changes between 2020’s iPhone 12 and 2021’s iPhone 13, so the existing price structure is at least a good place to start our speculation. However, Kuo predicts the high-end 6.7-inch phone (the alleged iPhone 14 Pro Max) will launch at a record-low price, under $900. Compared to the iPhone 13 Pro Max, which ranges from $1,099 all the way up to a staggering $1,599, that’s quite a steal.

For reference, here’s how much each version of the iPhone 13 lineup cost at launch.

Camera rumors: What Apple might improve for the iPhone 14

Two of the big rumors we’ve heard about the iPhone 14’s camera setup are actually more about the phone’s design: first, that the chunky camera bump could disappear; and second, that a hole-punch front camera could replace the dreaded notch.

Kuo shared insights about the iPhone 14’s potential camera upgrades in an investors note reported on by 9to5Mac just after the iPhone 13 launch. In the note, Kuo predicts a hole-punch front camera, making the iPhone 14 (finally) notchless, as well as a 48-megapixel wide rear camera for the Pro and Pro Max models, up from 12 megapixels on previous iPhones.

iPhone 13 camera upgrades include a new Cinematic mode, ProRes video and some improvements in zoom capabilities. We had previously reported on rumors that the entire lineup would feature lidar, the iPhone 12 Pro’s standout depth-sensing feature, but lidar ended up making an appearance only on the iPhone 13 Pro and Pro Max after all. It’s possible Apple might expand the feature to its full lineup in 2022 instead, but we haven’t heard anything yet.

Another of the camera features we’re still waiting on is an improved telephoto lens. While the iPhone 13 Pro’s zoom capabilities were given a 3x optical zoom, it still pales in comparison to a lot of competitor flagships, including Samsung’s Galaxy S21 Ultra, which boasts a 10x optical zoom.

Read more: Is buying an iPhone 13 worth it? Let’s compare the last five years of Apple’s iPhones

Will iPhone 14 get under-display Touch ID?

The feature that seems to get kicked down the road the most in Apple rumor world is the return of Touch ID. Early rumors supported the Touch ID’s return coming in the iPhone 12, and when that didn’t happen, speculation turned to the iPhone 13. But even before the iPhone 13 launched (sans Touch ID), word on the street had shifted again: iPhone 14 would surely be it. Now, that’s looking less likely, too. In late September, Kuo predicted that it won’t be until 2023 that the iPhone regains Touch ID technology. That would be… the iPhone 15?

YouTuber and iPhone leaker Jon Prosser (whose track record is admittedly spotty) made waves the week before the iPhone 13 announcement by releasing renders he commissioned of the iPhone 14 Pro Max based on “real images and schematics” leaked to him from purported sources at Apple.

Prosser’s renders corroborate a number of previously reported rumors, including the notchless display and hole-punch camera previously reported by Kuo, and the iPhone 14 Pro’s titanium alloy chassis, which was first referenced in a July report from JPMorgan Chase. We’d been expecting to see the iPhone 13 go notchless, but instead we got a slimmed-down, but still very notchy, notch. Apple introduced the world to the notched display in 2017 with the release of the iPhone X, and as rivals solved the selfie conundrum with hole-punch and under-display cameras, Apple still hasn’t, er, taken it down a notch.

But Prosser’s renders seem to corroborate these earlier reports that Apple would finally excise the iPhone’s notch in 2022. And Bloomberg’s Mark Gurman also hinted at its removal in a September edition of his Power On newsletter, wherein he predicted a “complete redesign” for the iPhone 14. Those who’ve been crossing their fingers for a notchless iPhone since the iPhone 12 and had their hopes dashed once again by the iPhone 13 can now look forward to a potential realization of their all-screen dreams in 2022’s iPhone 14.

The other big design change Prosser’s renders show is a flattened camera bump. According to Prosser, the iPhone 14’s body is going to be a “thick boy,” thick enough, it seems, to encompass all the camera hardware without an annoying, protruding camera setup on the back. Why is the iPhone 14 supposed to be so thick? Perhaps to house a bigger battery, or even the previously rumored periscope camera, which Kuo projected in 2020.

Two prior rumors that won’t pan out, according to Prosser at least, are the death of the Lightning port and the addition of USB-C (the EU may force Apple to add USB-C ports to iPhones, however). Rumors of a completely portless iPhone have been circulating for a while, but it appears those won’t come true in 2022.

iPhone 13 and iPhone 13 Mini: Check out the redesigned camera module and smaller notch

As far as colors go, Prosser’s render colors were not based on any actual information from his sources, except for a pale gold color, which he claims to have seen evidence of himself. However, it’s still early days, and Apple surely has not finalized its color lineup yet for the iPhone 14.

Here’s everything else we know (and think we know) so far about the iPhone 14 lineup’s specifications and potential new features.

The iPhone 14 is expected to have an A16 chip, which would improve upon the iPhone 13’s A15 chip, in keeping with Apple’s previous pattern.

All iPhone 14 models could include Apple’s ProMotion display, which only the iPhone 13 Pro and Pro Max variants currently have. ProMotion boosts the screen’s refresh rate for smoother performance, up to 120Hz. This is more speculation than actual rumor, based on changes in Apple’s supply chain that would make it easier for the company to offer the feature across its next lineup.

Apple introduced 5G connectivity to its iPhone 12 lineup and, unsurprisingly, included it in the iPhone 13 as well. There’s no reason to believe we won’t see 5G-compatible iPhone 14s, too. A July report from Nikkei Asian Review also predicts Apple will “go all in on 5G” in 2022.

Like 5G, MagSafe was introduced to the iPhone in 2020’s iPhone 12 lineup. The snap-on, magnetic accessories include wallets, battery packs and chargers, and it was one of our favorite iPhone 12 features. The iPhone 13 is also compatible with MagSafe, and we expect the same for Apple’s next generation of phones.

Stay tuned for more iPhone 14 news as it comes out, and in the meantime, check out CNET’s reviews of the iPhone 13 and 13 Mini, and iPhone 13 Pro and 13 Pro Max. Plus, here’s how all four iPhone 13 models compare, how the iPhone 13 and iPhone 12 differ, whether it still makes sense to buy an iPhone 12, an iPhone 11 or an iPhone SE, and how all of Apple’s iPhones from the past five years stack up. And here’s everything we know about the rumored iPhone SE 3 and AirPods 3, and everything else Apple still owes us. 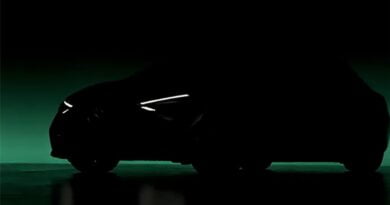 Mercedes-Benz EQE previewed ahead of reveal next week

Best speakerphone in 2020 for working from home

The cinemas now hiring out their screens to gamers