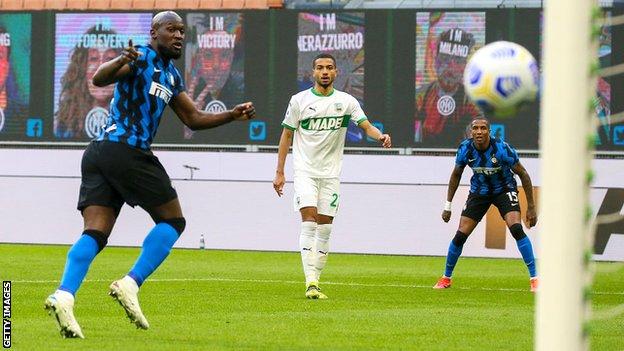 
Inter Milan moved a step closer to ending Juventus’ nine-year stranglehold of the Serie A title by beating Sassuolo to move 11 points clear at the top of the table.

Romelu Lukaku headed home the opener for Antonio Conte’s side before Lautaro Martinez made it 2-0 on the counter.

Juventus also won as they beat Napoli 2-1 to climb into third place, one point behind AC Milan in second.

However, Juventus are 12 points behind leaders Inter with nine games remaining and look unlikely to claim a 10th title in a row.

Pirlo promises to learn from mistakes

Cristiano Ronaldo fired Juventus ahead against Napoli before Paulo Dybala marked his return from injury with a superb curled finish. Lorenzo Insigne pulled one back for Napoli from the penalty spot.

The win relieved some of the pressure on Juventus boss Andrea Pirlo after picking up one point from two games against strugglers Benevento and Torino.

“I have got a lot of things wrong, but I would do them all again because the first year as a coach is not easy,” Pirlo told Sky Italia.

“You throw yourself into it with your ideas and try to have things in mind to transmit to the team. Sometimes you do well, sometimes you make mistakes.

“I made mistakes like everyone does, but I can draw conclusions from them and not repeat them in the future.”

Scottish Cup: Test your knowledge on the day of the final 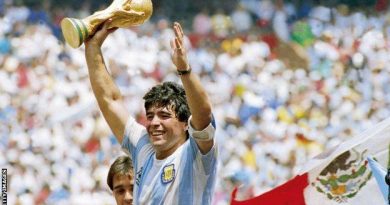 Chelsea 4-0 Everton: Everything was wrong with Everton performance – Carlo Ancelotti