The boss of Imagination Technologies is on the brink of resigning as a state-owned Chinese company attempts to seize control of the British-based chip designer.

Sky News has learnt that Ron Black, a semiconductor industry veteran who has been Imagination’s chief executive since December 2018, has signalled that he is likely to quit in protest at the move by China Reform Holdings to appoint four new directors.

Westminster sources said on Monday that Mr Black and several other Imagination executives were likely to step down as soon as this week if the boardroom changes were forced through.

An exodus of the current management would exacerbate concerns about the future of one of Britain’s most important technology companies.

Sky News revealed at the weekend that China Reform, which is the main investor in the fund managed by Imagination’s owner, Canyon Bridge Capital Partners, wanted to gain control of the chip designer’s board.

China Reform has indicated that it would use that control to redomicile Hertfordshire-based Imagination and its intellectual property assets to China – underlining concerns about the pace of technology transfer to the world’s most populous country.

The plan has sparked fury in Westminster, prompting the chairs of four House of Commons select committees and several Conservative Party grandees to demand government intervention.

Imagination counts Apple and Samsung among its largest customers.

The new owner, which is now based in the Cayman Islands, was previously headquartered in the US but relocated after an earlier attempt to buy Lattice Semiconductors, an American company, was blocked by the Trump administration.

China Reform is understood to have given assurances at the time of the Imagination deal that it would be only a passive investor.

The government intelligence agency, GCHQ, and the National Cyber Security Centre have also been informed of the developments.

The company employs about 600 people in the UK – with those prized technology jobs likely to be at risk if the company is moved to China.

At the weekend, David Davis, the former Brexit secretary, urged ministers to probe China Reform’s actions and asked the culture secretary Oliver Dowden to “intervene to ensure that this change of control does not take place”.

The chairs of four Commons committees have also written to Boris Johnson, asking the prime minister to intervene on the grounds of potential risks to national security.

China Reform’s move has triggered particular anger because of its timing, with Mr Johnson now hospitalised because of the coronavirus and the government’s efforts almost solely focused on dealing with the pandemic.

Imagination was the tenth most prolific UK-based filer of patents in the European Union last year – ahead of Dyson and the chip designer ARM Holdings, which is owned by Japan’s SoftBank.

The relationship between Imagination and Apple, which resulted in a new licensing deal being struck in January, means that senior figures in the Trump administration might also raise questions about a Chinese takeover of the UK company’s board.

Imagination is said to be have sought legal advice on whether the boardroom coup can be prevented ahead of an emergency board meeting that was scheduled for early this week.

The situation is erupting amid ongoing criticism of the government’s decision to allow Huawei, the Chinese telecoms equipment manufacturer, a role in the construction of Britain’s 5G network.

Since the 2016 Brexit referendum, the government has sought to strengthen the regime around foreign takeovers of UK companies.

Theresa May’s administration introduced a tougher national security test for buyers of assets in areas such as technology, requiring buyers to notify the government of any potential issues. 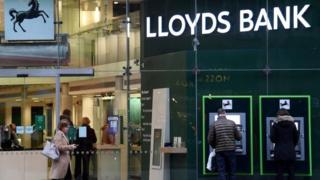 Lloyds profits wiped out as bank warns about economic outlook