According to researchers from the Singapore University of Technology and Design (SUTD), kids as young as three to five years old can already use context-specific information to determine whether or not an adult is a reliable source of information. Their findings, published in the journal Cognitive Development, underscore the importance of providing children with accurate and consistent information.

As the saying goes, actions speak louder than words—meaning that in human communication, non-verbal cues are just as important as verbal ones. Such cues are especially important for young children who are starting to make sense of the world and picking up spoken words.

“The ability to recognise and understand others’ referential acts is an important milestone in children’s socio-cognitive development,” explained main author Associate Professor Yow Wei Quin from SUTD’s Humanities, Arts and Social Sciences cluster. “Imagine a child hears a new word from an adult but sees two novel objects. In this case, the adult’s point or gaze to the novel object would help the child map the new word onto the correct referent.”

Non-verbal cues become even more important as children grow up, since they can help establish someone’s trustworthiness. Toddlers, for instance, are more likely to believe someone who had given them accurate non-verbal cues in the past than someone with a track record of inaccuracy.

However, very few studies have thus far explored how children use these actions, such as pointing and gazing, to build trust in an adult communicator. Moreover, it remains uncertain if children can account for someone’s specific communicative context—that is, can they excuse past mistakes with enough evidence?

To answer these questions, Yow and her colleague Dr. Li Xiaoqian, also from SUTD, enrolled over 170 children aged three to five years old to play a hiding game with a designated experimenter. The hiding game consisted of two phases, namely a preliminary familiarisation phase meant to establish the experimenter as an accurate or inaccurate communicator followed by a test phase.

In the familiarisation phase, the experimenter placed a sticker inside one of two transparent boxes. She then asked the child to identify the box containing the sticker while gesturing to either the correct or incorrect box. The subsequent test phase was nearly identical to its familiarisation phase, except that the boxes were now opaque and the experimenter always provided non-verbal cues toward the correct box. There was no feedback given to the children on whether they had picked the box with the sticker or not.

Yow and Li then conducted one additional round of the hiding game with another group of children, but with crucial changes. During the familiarisation phase, instead of transparent boxes, they used boxes that were modified such that the experimenter could not see the sticker but the children could, and another person was assigned to place the sticker inside the boxes while blocking the experimenter’s view. In addition, the experimenter appeared to be unsure and expressed some uncertainty while gesturing to either the correct or incorrect box.

The rest of the game proceeded as usual. Their results showed that when children understood that the experimenter couldn’t see the stickers, they were more likely to excuse her inaccurate information. Whether they were given the correct or incorrect non-verbal signals during the familiarisation phase, the children trusted the experimenter’s cues in the test phase around 60 percent of the time.

“Our findings show that preschoolers are sensitive to a speaker’s information privilege (i.e., whether they have access to knowledge) and engage in adaptive, context-sensitive strategies when conferring selective trust towards the speaker’s referential cues,” Assoc Prof Yow said.

She hopes that their current study will encourage a deeper investigation into the trust strategies of children. For instance, future research could explore how individual differences in sensitivity to communicative cues affect trust-building. The roles of other developmental and cognitive hallmarks, such as perspective-taking and false-belief reasoning, could also be assessed.

Some prospective research directions also hold practical importance: “How do children use other contextual cues to interpret inaccuracy when interacting with speakers with deceptive intentions? How do children use similar or different strategies when perceiving other types of sources of information, such as their peers, virtual agents or characters, or social robots?” remarked Assoc Prof Yow, adding that answering such questions could help parents and adults become better communicators towards their children.

“When we are uncertain about the information we are providing to children, expressing uncertainty would be helpful instead of pretending to know, as children are savvy in considering such contextual information to form their judgments about the communicator,” she concluded. “The children will excuse the communicator’s errors and their credibility is preserved.”

Can we perceive gender from children’s voices?

Citation:
How do children learn to trust an adult’s non-verbal cues? (2021, December 27)
retrieved 27 December 2021
from https://medicalxpress.com/news/2021-12-children-adult-non-verbal-cues.html 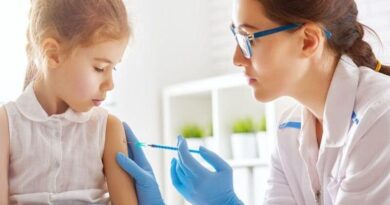 Two-thirds of parents of kids ages 5-11 plan to get them vaccinated against COVID: Poll

Mayo Clinic Q And A: Mammograms and COVID-19 vaccine