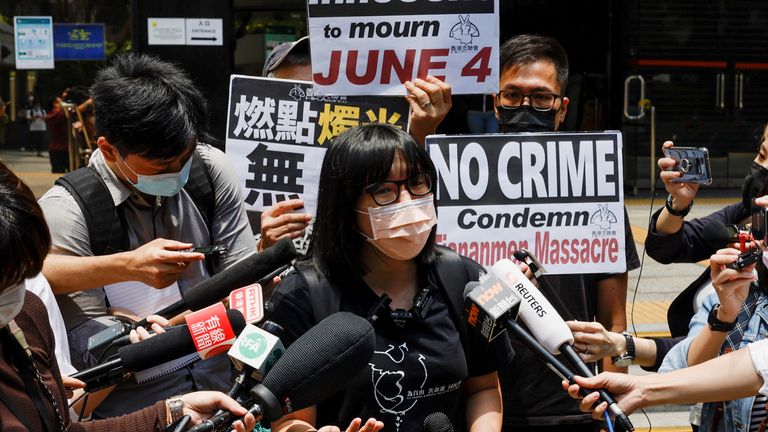 Hong Kong pro-democracy activist Joshua Wong has been sentenced to a further 10 months in prison for taking part in a vigil to remember the Tiananmen Square protests of 1989.

Mr Wong, 24, was already serving a 13-and-a half-month jail term over an unlawful anti-government rally in June 2019. He received an additional four months for an unauthorised protest in October of that year.

Now, he has been punished for participating in a gathering on 4 June last year to commemorate the crackdown on protesters in and around Tiananmen Square.

It had been banned – for the first time – with police citing coronavirus restrictions.

Nevertheless, tens of thousands of people lit candles across the city in a largely a peaceful event, bar a brief skirmish with riot police in one neighbourhood, with officers firing pepper spray at some protesters.

It is feared this year’s Tiananmen vigil may also be banned, with COVID-19 again given as the reason.

On the night of 3-4 June 1989, Chinese tanks and troops moved into the square in Beijing to break up weeks of student-led protests that had spread to other cities and were seen as a threat to Communist Party rule.

Hundreds, and possibly thousands, of people were killed.

Mr Wong’s 15-month sentence was cut to 10 after he pleaded guilty to knowingly taking part in an unauthorized assembly.

Judge Stanley Chan also sentenced Lester Shum, Jannelle Leung and Tiffany Yuen to terms of between four and six months for their involvement.

Twenty others facing similar Tiananmen anniversary charges are due in court on 11 June.

Following months of anti-government protests in 2019, the Hong Kong authorities launched an intense crackdown on dissent.

There is a new national security law, while the criteria for elections has been changed, with outspoken advocates of democracy being jailed.

A long-time activist colleague of Mr Wong, Nathan Law, who fled the city and now lives in Britain, condemned the sentence, saying the decision to ban the vigil last year was “unjustifiable”.

Mr Law said in a statement: “The court keeps increasing the length of imprisonment for protesters and sees it as a pathway for a society with fewer conflicts.

“It’s wrong – the only way to achieve harmony is to hold the powerful accountable.

“Now the courts are turned into weapons against the powerless.” 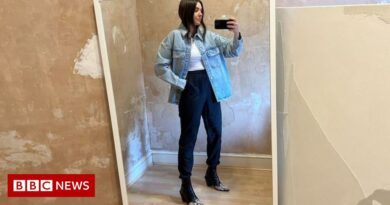 #NoSpendJanuary: Can it really be done? 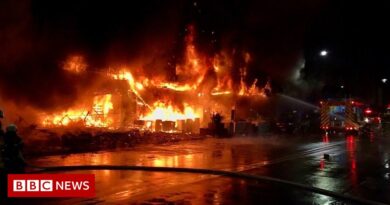