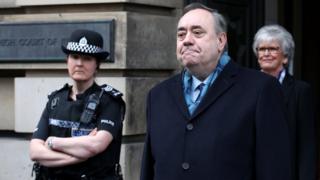 A Holyrood committee investigating the Scottish government’s handling of complaints against Alex Salmond is to hold its first public meeting since the former first minister’s trial. What will MSPs be looking in to and what might the fallout be?

The parliamentary inquiry was set up in January 2019 after the Scottish government conceded that an internal investigation of sexual misconduct complaints against Mr Salmond had been unlawful.

Now that Mr Salmond has been acquitted of those charges, the matter has moved back out of the arena of the courts and into politics – and the committee is to start its work in earnest.

A panel of nine MSPs – four from the SNP, two Tories and one from each of Labour, the Greens and the Lib Dems – has been chosen, headed by deputy presiding officer Linda Fabiani.

Their remit is to “consider and report on the actions of the first minister, Scottish government officials and special advisors in dealing with complaints about Alex Salmond”.

At the heart of the inquiry is an internal investigation conducted into two complaints against Mr Salmond, dating back to when he was in office. He maintained his innocence and contended that the way the probe had been handled was “unfair and unjust” – and took the government he once led to court.

Before the main hearing in this civil case had even begun, the Scottish government conceded defeat. The two sides agreed that there had been a “failure” by the government in following a recently-devised process, and that the report resulting from the probe “could not be allowed to stand”.

After the complaints were submitted in January 2018, an investigating officer was appointed to the case – but it transpired that she had previously had contact with both complainers, in breach of the government’s own rules.

There remains dispute about the extent of this contact – Mr Salmond’s side insist it bordered on “encouragement”, while the government insist it was “welfare support and guidance” – but the fact it happened was enough to collapse their case in the judicial review.

Despite the early end to proceedings, a hefty legal bill had to be settled – and the Scottish government ended up paying out £512,250 to the former first minister in costs.

The committee will examine how the complaints procedure was drawn up, how it was applied and where it fell down in the case of Mr Salmond, as well as the fallout from the judicial review case.

After the judicial review, Mr Salmond pointed the finger at Leslie Evans, the Scottish government’s most senior civil servant, repeatedly calling on her to consider her position.

However, Ms Evans was backed by her boss, First Minister Nicola Sturgeon, and questions have also been asked about Ms Sturgeon.

It was Ms Sturgeon who signed off the complaints handling process, drawn up in the wake of the #MeToo movement and sexual harassment scandals at both Holyrood and Westminster.

And after she told MSPs she had spoken to Mr Salmond several times about the complaints – insisting she herself had no role in the process – persistent questions have been posed about what Ms Sturgeon knew and when.

Ms Sturgeon had always insisted that she first learned of the investigation in a meeting with her predecessor – Mr Salmond – at her Glasgow home on 2 April, 2018, and that it had been considered strictly an SNP party matter rather than one of government.

However during the trial, Mr Salmond’s former chief of staff Geoff Aberdein – who helped facilitate the meeting – said he had met the first minister at her Holyrood office several days earlier, on 29 March.

Mr Salmond clearly thought this a significant point – to the extent that he appeared to prompt his QC to ask Mr Aberdein about it – and MSPs are sure to want to dig into why they only heard about it via testimony in court.

The inquiry will focus very much on the internal government inquiry rather than the criminal trial, but there are links between the two.

To start with, MSPs will have to be mindful of the legal order that bans the naming of any complainers from the court case, even where there is overlap with the internal government probe.

And Mr Salmond’s defence team very directly linked the failure of the judicial review to the criminal charges, claiming this “scandal” was the motivation for a politically-driven conspiracy against the former SNP leader.

In pre-trial hearings, his lawyers said that after the “spectacular” collapse of the government’s case in the Court of Session, people working within the current administration turned their attention “very directly” to the criminal probe and “sought to influence that process to discredit the former first minister”.

In his closing speech to the jury, QC Gordon Jackson said that the whole case “comes out of the political bubble” and “absolutely stinks”.

Nicola Sturgeon clearly expects questions about this. She told the BBC that “there was no conspiracy, it’s a heap of nonsense” – but said she would “in the fullness of time get the opportunity to elaborate on that view”.

Who will be involved?

The inquiry can be expected to call a range of politicians, civil servants and aides to give evidence in person – or over video-link, in keeping with the Covid-19 era.

Ms Sturgeon has already said she is prepared to take part, and Mr Salmond will want to put his side across too – having said in March that there was “certain evidence” which had not featured in the trial but which he would like to see come out.

The spotlight is also likely to fall on figures who normally operate behind the scenes, such as Ms Evans and members of Ms Sturgeon’s inner circle of special advisors.

Committee convener Linda Fabiani has already clashed with Ms Evans over the disclosure of various correspondence and pieces of information, saying she had “serious concerns” about the timetable proposed for handing this over.

The parliamentary inquiry is just one of a number of probes surrounding the affair and which are now restarting after the court proceedings.

Ms Sturgeon referred herself to an independent panel which will decide whether she broke the Ministerial Code in her dealings with Mr Salmond, and the government also initiated an internal review of how its harassment procedure had been applied.

Both of these inquiries are ongoing, and Ms Evans told the committee via letter that their findings would be published in due course.

Meanwhile, Mr Salmond has pushed for a review of how the existence of the internal investigation ended up in the media, and is likely to continue to seek answers despite the Information Commissioner’s Office finding “no evidence” that government staff were behind the leak.

Some of the former first minister’s supporters have also called for a further probe to look into the matter, with SNP MSP Alex Neil demanding a “judge-led public inquiry” into whether or not the “organs of the state” had been involved in a “conspiracy to do in Alex Salmond”. 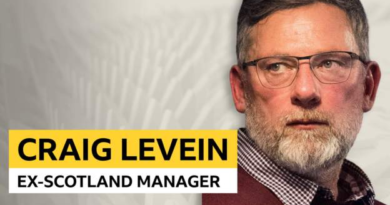 Craig Levein: Former Scotland boss on life as a manager, getting sacked & 4-6-0