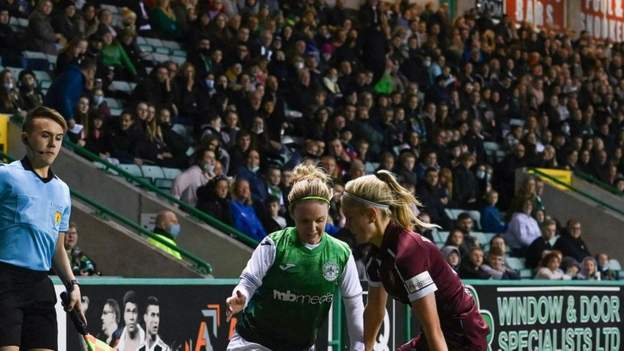 Hibernian attracted a new record crowd for a domestic women’s fixture in Scotland as they defeated derby rivals Hearts 3-0 at Easter Road.

The attendance of 5,512 for Hibs’ first domestic game at the Leith stadium more than doubles the women’s side’s previous club record.

Hibs move up two places to third in the SWPL1 table.

Celtic are the new leaders after their 4-0 win over Motherwell, with Rangers second after thrashing Spartans 6-1.

Reigning champions Glasgow City will regain the lead on goal difference if they beat Partick Thistle on Wednesday.

Summer signing Alexa Coyle got the ball rolling for Hibs, whose previous best attendance was just under 3,000 crowd for their Champions League tie against Bayern Munich in 2016, after the hosts capitalised on a poor clearance from the Hearts defence and the American striker made no mistakes in the box after 10 minutes.

Goals from Scotland midfielder Rachael Boyle and striker Eilidh Adams after the break leave Hearts without a point in second bottom, above Motherwell on goal difference.

Boyle fired past stranded Hearts goalkeeper Charlotte Parker-Smith after running through on goal before setting up substitute Adams for a simple tap-in.

Striker Brogan Hay grabbed a hat-trick as Rangers secured a third league win out of three this season.

Scotland striker Jane Ross scored either side of Hay’s first to put the hosts in control before Spartans replied through winger Caley Gibb.

Midfielder Chelsea Cornet added Rangers fourth before Hay grabbed two more for a Rangers side who sit one point behind city rivals Celtic but with a game in hand. 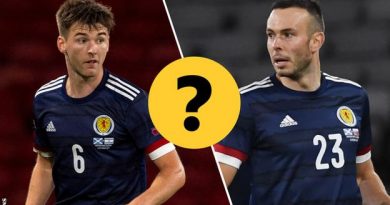 Scotland: Who should start Euro 2021 play-off final against Serbia? 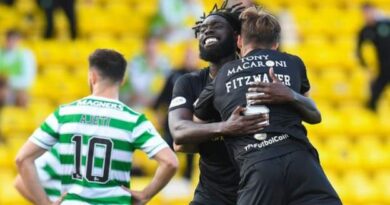 Livingston 1-0 Celtic: Visitors slump to fourth defeat in five for Ange Postecoglou’s side

On this day: Rangers appear in 2008 Uefa Cup final