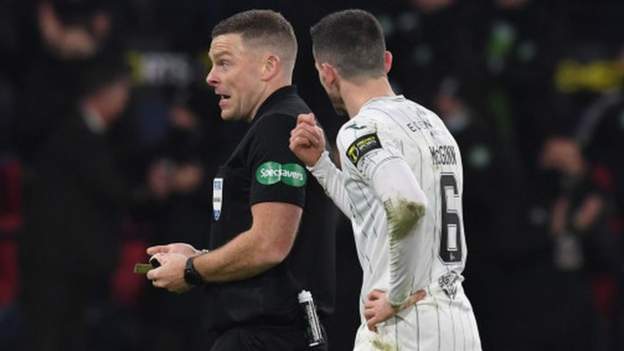 Hibernian defender Paul McGinn has been charged by the Scottish FA after describing referee John Beaton as “inept”.

McGinn was incensed by Celtic’s winning goal in Sunday’s League Cup final and was booked for his complaints.

He thought Beaton was wrong to award a free-kick, then compounded the mistake by allowing it to be taken quickly as Hibs paused for a substitution.

“He has no control over the situation,” said McGinn after the game at Hampden.

“It’s not a foul and then the fourth official is holding the board. I think Jamie Murphy could stand over the ball, as you do, but he steps away from it, to assume ‘sub’.

“(Beaton) just lets it happen and the goal goes in. I don’t know if you see me running to him straight away and get myself booked. But it’s just inept.

“Even 90 seconds later, Celtic are going to make a sub and (Anthony) Ralston takes a quick throw-in, and he whistles it back for the sub to happen.

“I ran to him and just said ‘What’s going on? There is no way we would have got that the other way. No way’. That’s why I got booked.”

The SFA charge is for a breach of disciplinary rule 72, which covers remarks that “indicate bias or incompetence on the part of a match official”.

A disciplinary hearing date has been set for 13 January. 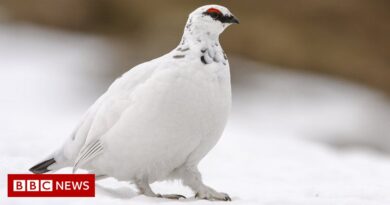 Scottish Premiership fixtures to be announced on Monday