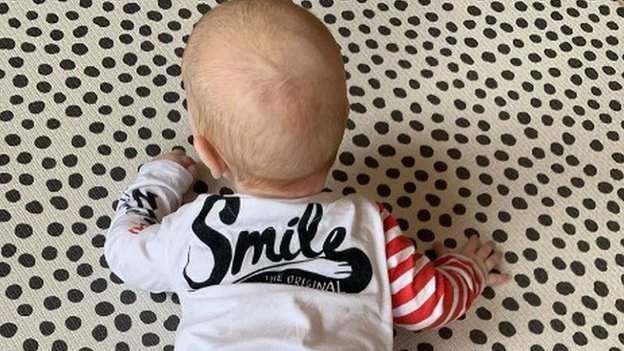 “We’ve been tired before as athletes – you train hard and there are periods when you’re exhausted – but this is a whole new level of fatigue.

Former Great Britain hockey players Kate and Helen Richardson-Walsh are no strangers to pushing their bodies to the limits.

The married couple won Olympic gold medals at the 2016 Rio Games but have now embarked on the new challenge of motherhood.

Helen gave birth to their daughter Pfeiffer on New Year’s Eve, meaning much of the time they have spent with her has been during the Covid-19 lockdown – something they describe as “hectic”.

“We actually feel quite grateful that we don’t have a toddler who needs space.

“We live in an upstairs, really small, two-bed flat with no garden, so we’re grateful we don’t have someone who can run around.

“We’ve been able to spend loads of time with her together so that’s been really nice. The challenging thing for us is we don’t have much work, so not really earning any money is a massive challenge.”

Kate adds that not being able to see family in person has been tough.

“They can do video calls but I think Pfeiffer thinks everyone is 2D, she wants to touch them but she can’t,” she says.

“It’ll be nice when she can interact with them and other children her age.”

‘I never enjoyed running – now I do’

Helen had complications after pregnancy and needed surgery and she admits it took her time to “feel like myself again”.

She has built up her fitness by running – something she was not a big fan of when she was an elite athlete.

“Believe or not, as an athlete I just loved chasing a ball around on a hockey pitch but make me go and run, I hated it really,” she says.

She has been following the NHS Couch to 5K programme and is enjoying it.

“I am someone who likes a challenge and a plan,” Helen says.

“It’s amazing. It starts off really slow and steady and it’s going really well. I’m just enjoying going outside and excited to see how it builds up over the next few weeks.”

The Richardson-Walshes made their Olympic debuts together at the Sydney Games in 2000 and started dating in 2008, before marrying in 2013.

During their time as athletes, they crossed paths with many athletes from different sports, something that has come in handy when it comes to parental advice.

“Lizzy Yarnold [double Olympic skeleton champion] said just roll with it and follow your instincts and that’s just Lizzy – she’s so relaxed and chilled in that way. She said get in touch if you ever want anything or need any help,” Helen says.

Kate says they saw former England netballer and head coach Tracey Neville before lockdown. “Tracey gave birth at a similar time. When we saw her, she and Helen were supporting each other which was nice,” she says.

Reigning Olympic champions for another year

Kate and Helen will get to keep the title of Olympic champion for a fifth year after the 2020 Tokyo Games were postponed until 2021.

They say that while the disruption will be difficult for some athletes, having the extra 12 months to prepare for the Games could help Great Britain in their bid for another medal.

“They have had a really challenging three years to be honest,” Helen says.

“After the Olympics it is always hard anyway but they were dealing with the fact that some of the squad were Olympic champions and some of them were not, in terms of who actually played in Rio.

“That’s a challenging dynamic and then there was a change of coach so in terms of the team, another 12 months will be perfect.”

Kate continues: “There will be younger players who have just come into that squad who will be thinking, I can make massive gains here and I can break into that team.

“Lots of things can change so I think that is quite exciting for the squad – who knows where they will be in 12 months’ time?” 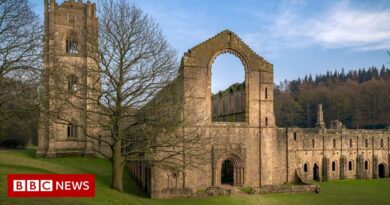 Teenage girl fights off man who grabbed her on canal path