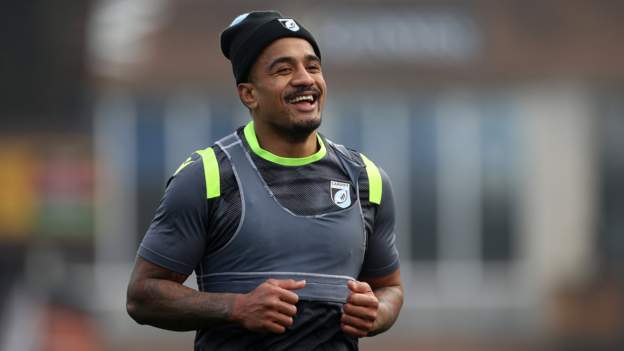 He was serving a suspension following his sending off against the Dragons in October for a dangerous tackle.

That ban incorporated the two postponed games in South Africa against Lions and Stormers and the European match against Toulouse.

Cardiff acting head coach Gruff Rees will have virtually the same squad to choose from as last weekend’s the 39-7 defeat against Toulouse.

The region have 32 frontline players still missing after quarantining following the trip to South Africa with 10 more injuries.

“Rey is a massive boost for all of us,” said Cardiff acting coach Gruff Rees.

“There’s something called the World Rugby Coaching Intervention Programme which Gavin Cooper and Richard Hodges have done a lot of work putting him through that.

“You have to sign up for it and it’s some online learning to go through.

“He’s come through that so the application was submitted there. We had authorisation to take one week off because it was special circumstances. Some great work behind the scenes has enabled us to get Rey on the field.”

Lee-Lo could link up with Willis Halaholo with Josh Adams returning to his normal wing position.

“Josh was fantastic at 13 through the working week, being like a glue for everything around,” said Rees.

“Especially knowing he’s got youngsters outside him on the edges. He did a real good job there. Having a world-class centre to step in there is a massive boost, knowing what he can bring going forward and defensively as well. Particularly with how well he and Willis combine.”

Full-back Jacob Beetham will be unavailable after being shown a red card against Toulouse, while Cardiff fly-half Jason Tovey is a major doubt after suffering a head injury.

That would leave Dan Fish as an option to start at 10 with Wales scrum-half Tomos Williams also providing cover.

“It is a strong possibility (Dan Fish could come back at 10),” said Rees.

“He has been doing that job admirably at Premiership level and he knows the cohesion and language that creates some trust.

“Tomos Williams is in my ear that he could do a job there so there are some possible fits there.

“It is something that could bring us tighter again. Tovey was brilliant last week, his wife was due to give birth and there was lots going on so we were trying to support him through that and he put a great shift in for us last weekend.”

Rees confirmed Cardiff RFC hooker Evan Yardley would start and are hoping Alun Rees will be able to sit on the replacements bench after recovering from a hamstring injury with another front-rower being drafted in for the trip to west London. 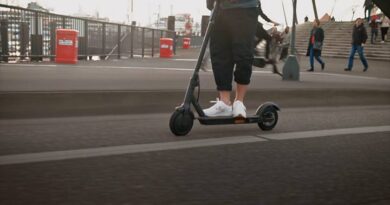 E-scooters ‘an alternative to cars’ for Welsh communities