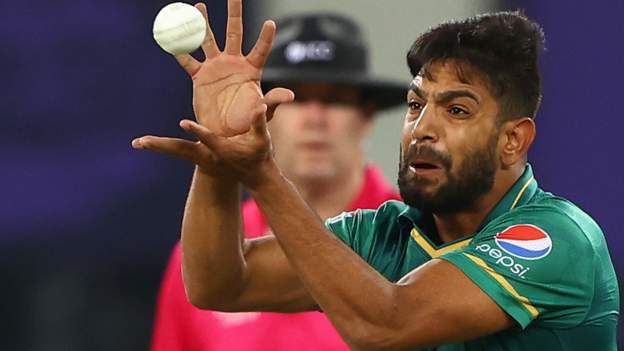 Seamer Haris Rauf will join Yorkshire as an overseas player in 2022, as part of a link-up with Pakistan Super League side Lahore Qalandars.

The Pakistan one-day and T20 bowler played at this summer’s World Cup and has also featured in the Australia’s Big Bash competition.

“I am thrilled to welcome the exceptionally talented Haris,” director of cricket Darren Gough said.

“His arrival is part of a player-exchange programme, which it is hoped will benefit players from both clubs, as shared practice and the use of facilities will also be part of the partnership.”

Exact details of Rauf’s contract have not been disclosed, but Yorkshire say he will be with the club “for a period” of next season.

The link-up also gives Yorkshire a chance to study the player development programme Qalandars have been running, and a friendly match between the two sides is planned for next month, Covid permitting.

“The way in which we have worked and continue to work with clubs around the world when it comes to exchanging players should be a model that many clubs look to follow,” Qalandars director of cricket Aqib Javed said.

“It allows for increased diversity, the sharing of skills and expertise and all of these lead to positive cultures in which excellence thrives. We will welcome the Yorkshire team to Lahore in January with open arms and I am sure this is the beginning of a long and fruitful partnership for both clubs.”

Gough continued: “I have spoken in the past about my passion for developing accessible pathways to cricket – for many people from a background like mine, cricket isn’t seen as an option, with the associated costs and access to facilities creating real barriers to entry.

“This partnership is an opportunity to take the blueprint the Qalandars has developed to such a success and work with them to define how that can be used to provide access for potential players from across Yorkshire.” 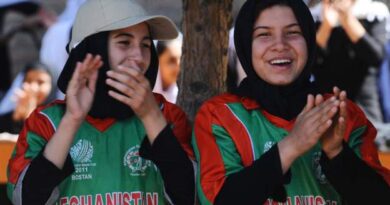